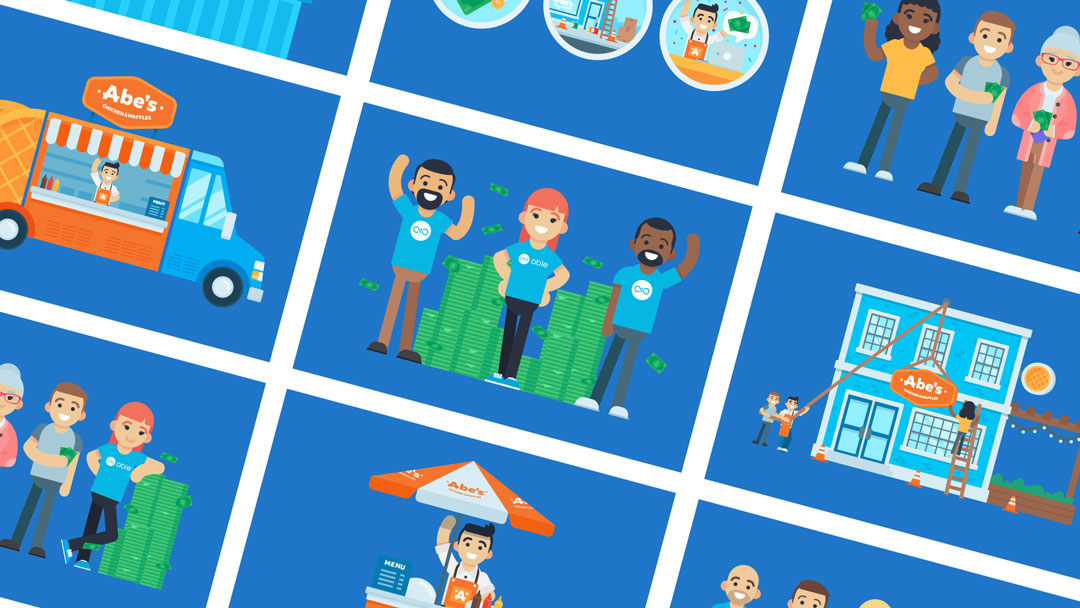 In the fall of 2016—shortly after opening our doors—we began a long partnership with Able Lending which spanned almost a year and the creation of over 100 individual illustrated assets for their web pages, promotions and blog. They came to us looking for help to reinvigorate their brand's illustration style and the development of new illustrations to help educate their audience. 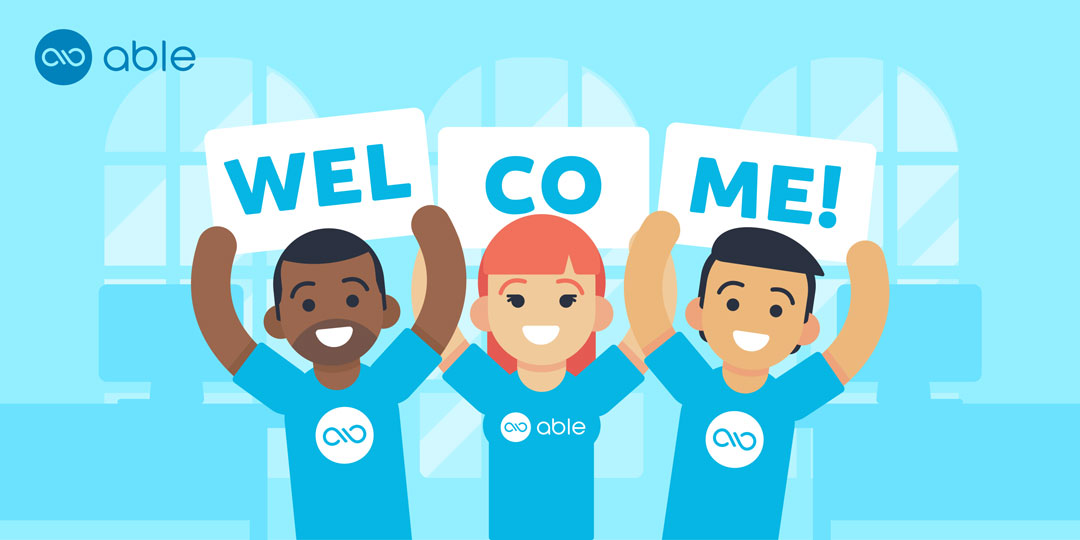 Able is the lowest-cost online lender to small businesses in the nation. They are “more than a loan.” They connect extraordinary entrepreneurs with additional capital, community resources, and expert advice when it’s time to grow.

The Process of Refreshing an Existing Style

When we started to work with Able, they had already worked with an illustrator in the past to develop their illustration style. They came to us to create a bit of an update to their existing style, while still staying true to their brand both visually and in its character.

One thing they wanted to keep as a constant theme was a character that showed up previously within their illustrations they called "Abe" as well as his business "Abe's Chicken & Waffles". We ended up using not only Abe but his business throughout most of the pages and illustrations we created and even developed his storyline in different ways that showcased how Able could help a small business grow—this included a cart, food truck and brick and mortar restaurant for Abe's Chicken and Waffles.

Once we had the overall style updated and developed for Able, we were equipped to work relatively quickly on each of the pages and illustrations within our scope to create. One of the first things we knew we had to tackle was the recreation and reimagining of all of the previous illustrations that were created by the previous illustrator. This was by no means a simple thing to do. There were five pages that we had to go back and re-evaluate and tackle. It took us months of working to create all of the illustrations needed for the current pages and a bit longer for all of the new pages Able was adding. 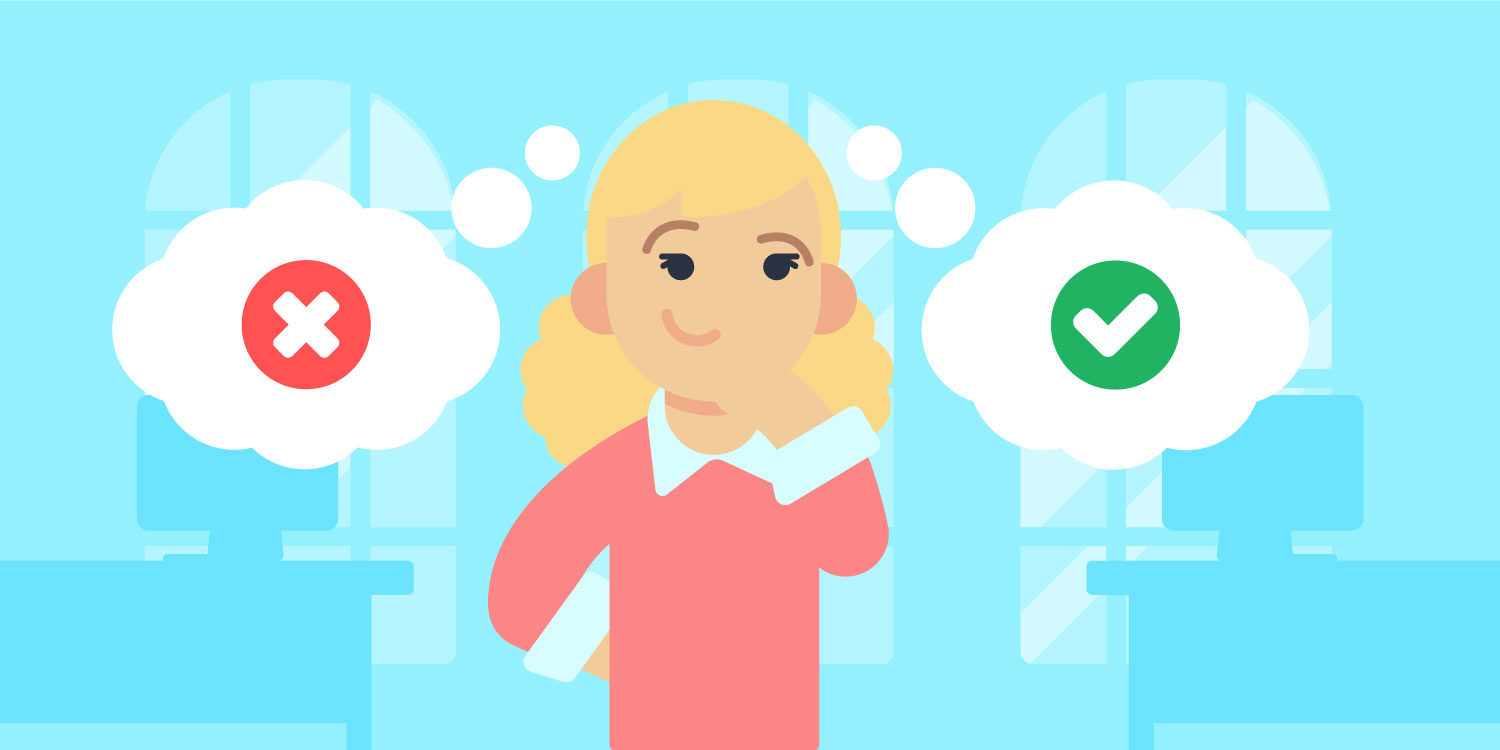 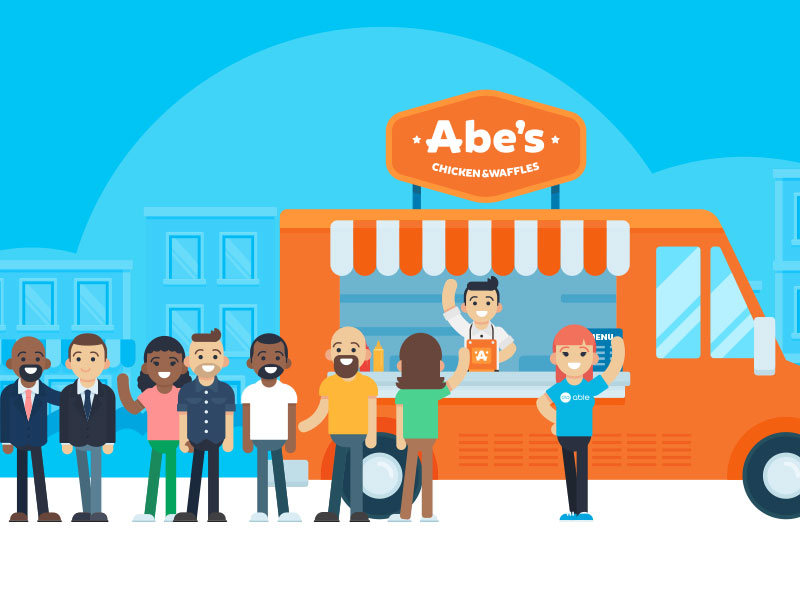 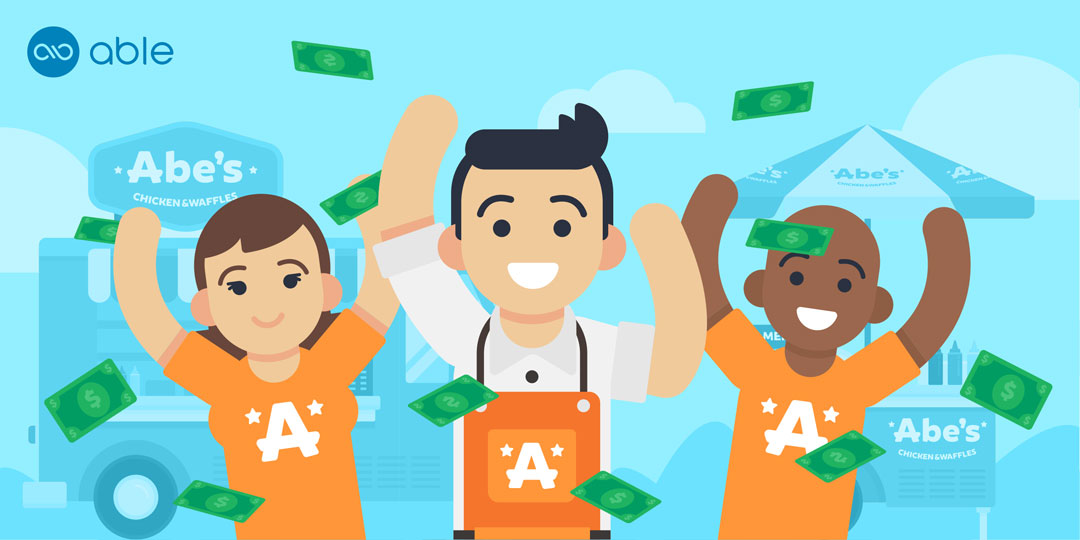 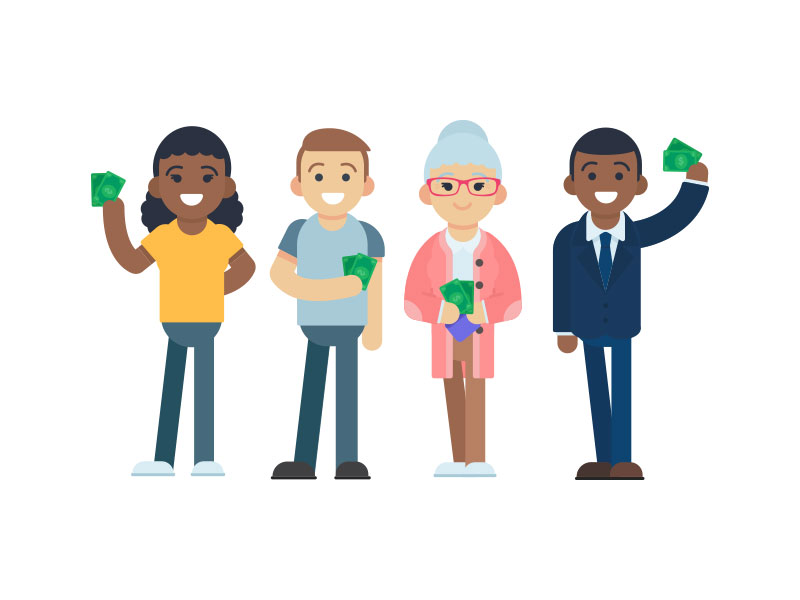 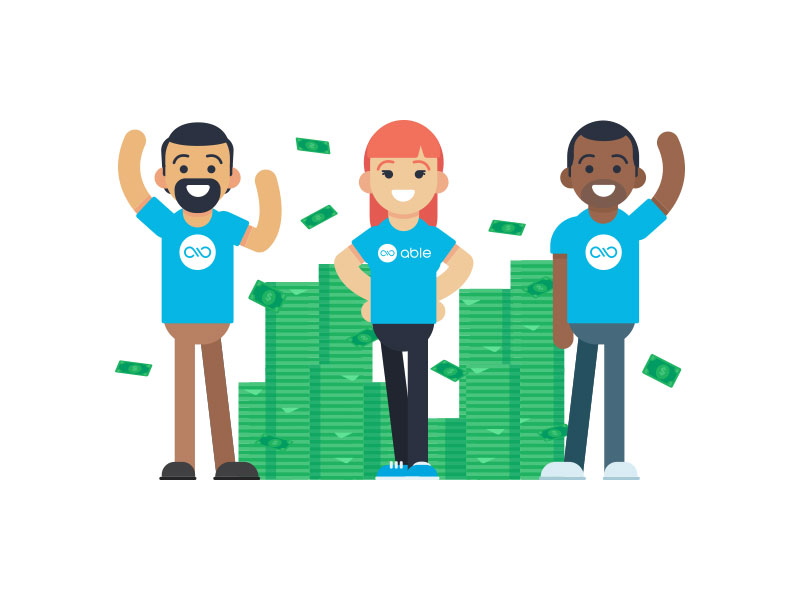 Early in our partnership with Able, we decided that one element that should always be prominent in the illustrations for them was people. In knowing that, internally we felt it was a good idea to create a series of characters that we could use and pull from throughout all of the illustrations on their website. This also allowed us to create the illustrations in a much more efficient and faster pace.

With creating the character library, we developed two different types of characters, one focusing on Able's customer base and the other focusing on the Able team. This also created a counterpart with Abe in the Able Lending team that we internally nicknamed "Lucy"—she is the only character with red hair to help her stand out. 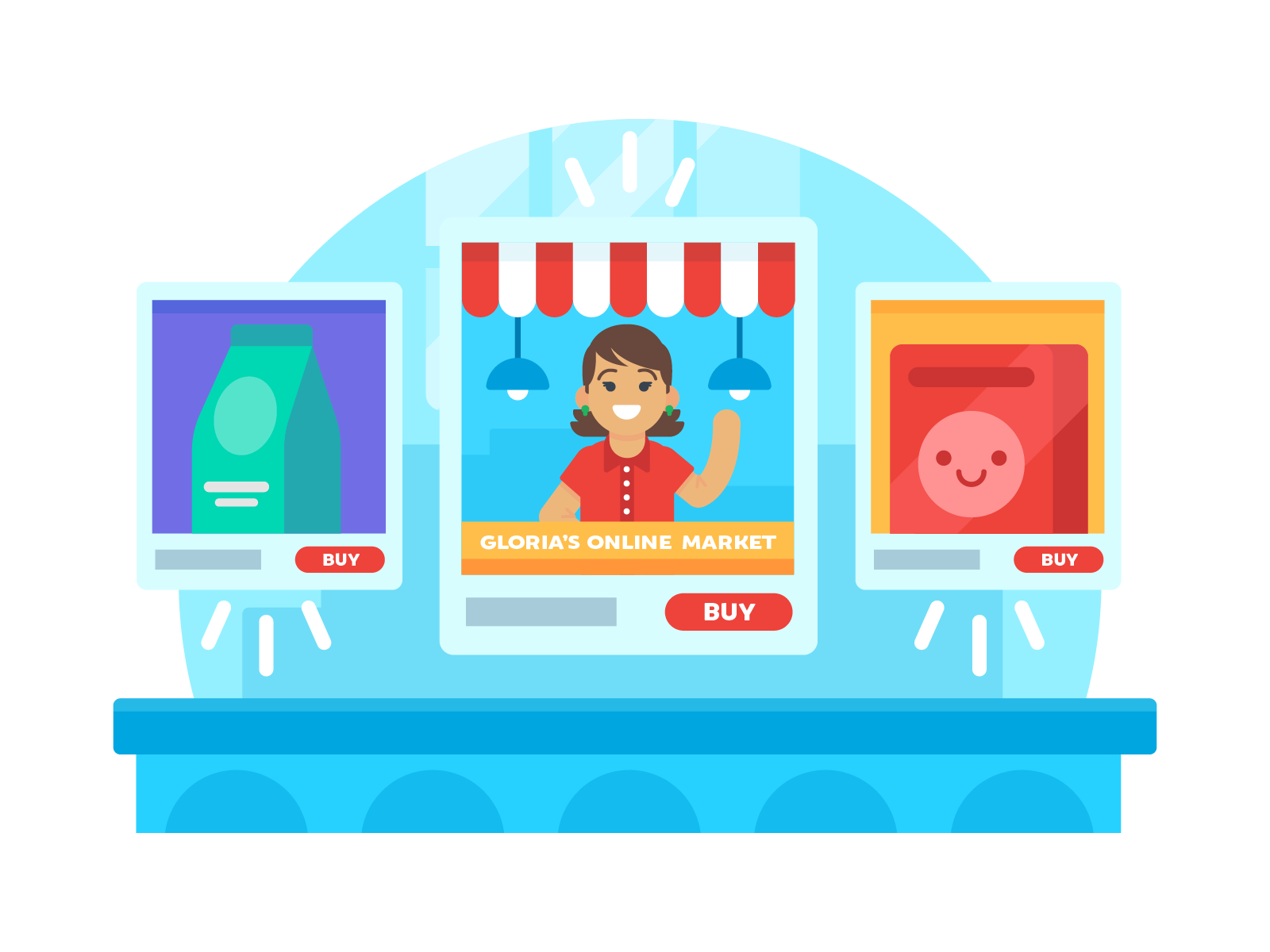 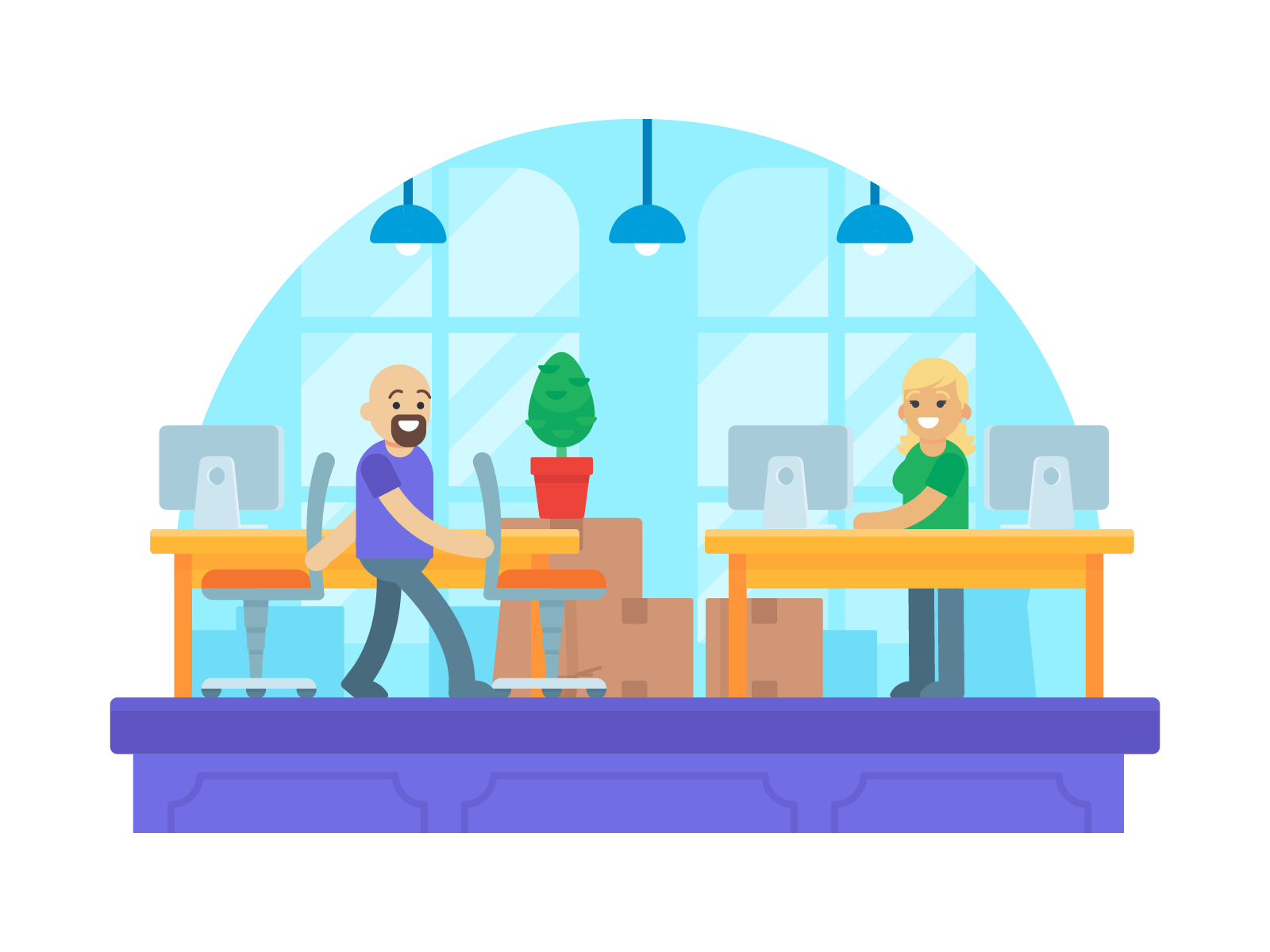 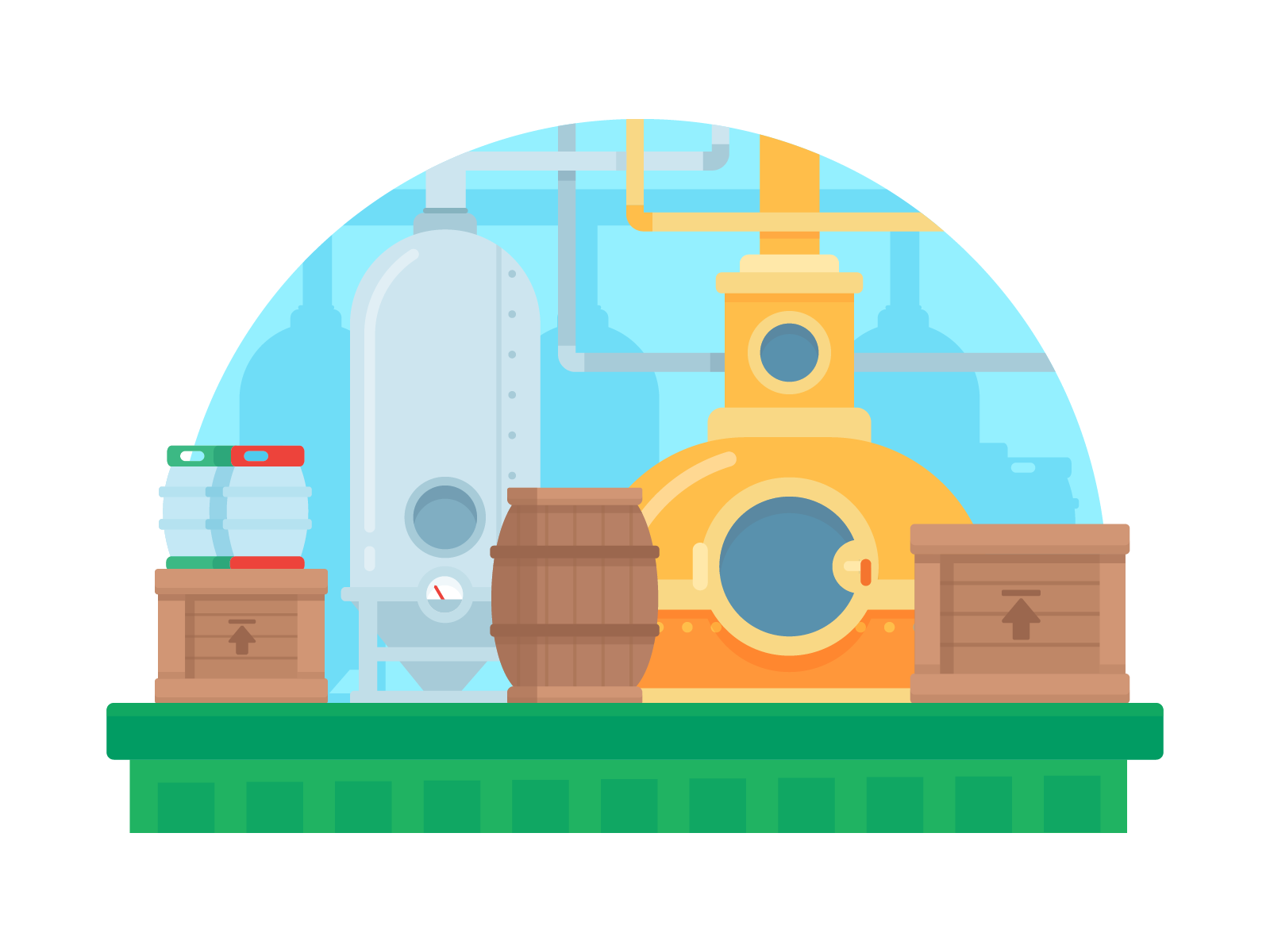 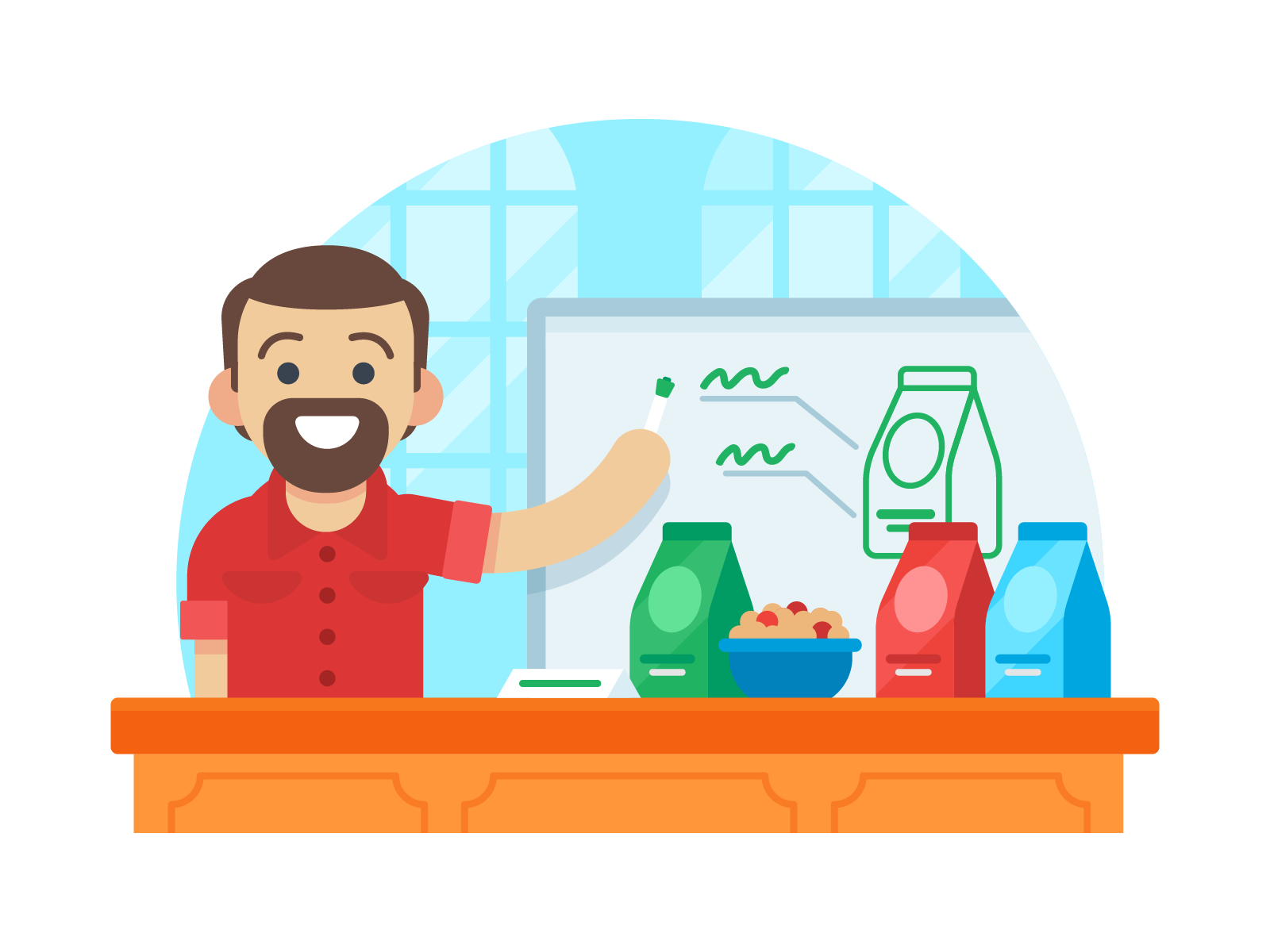 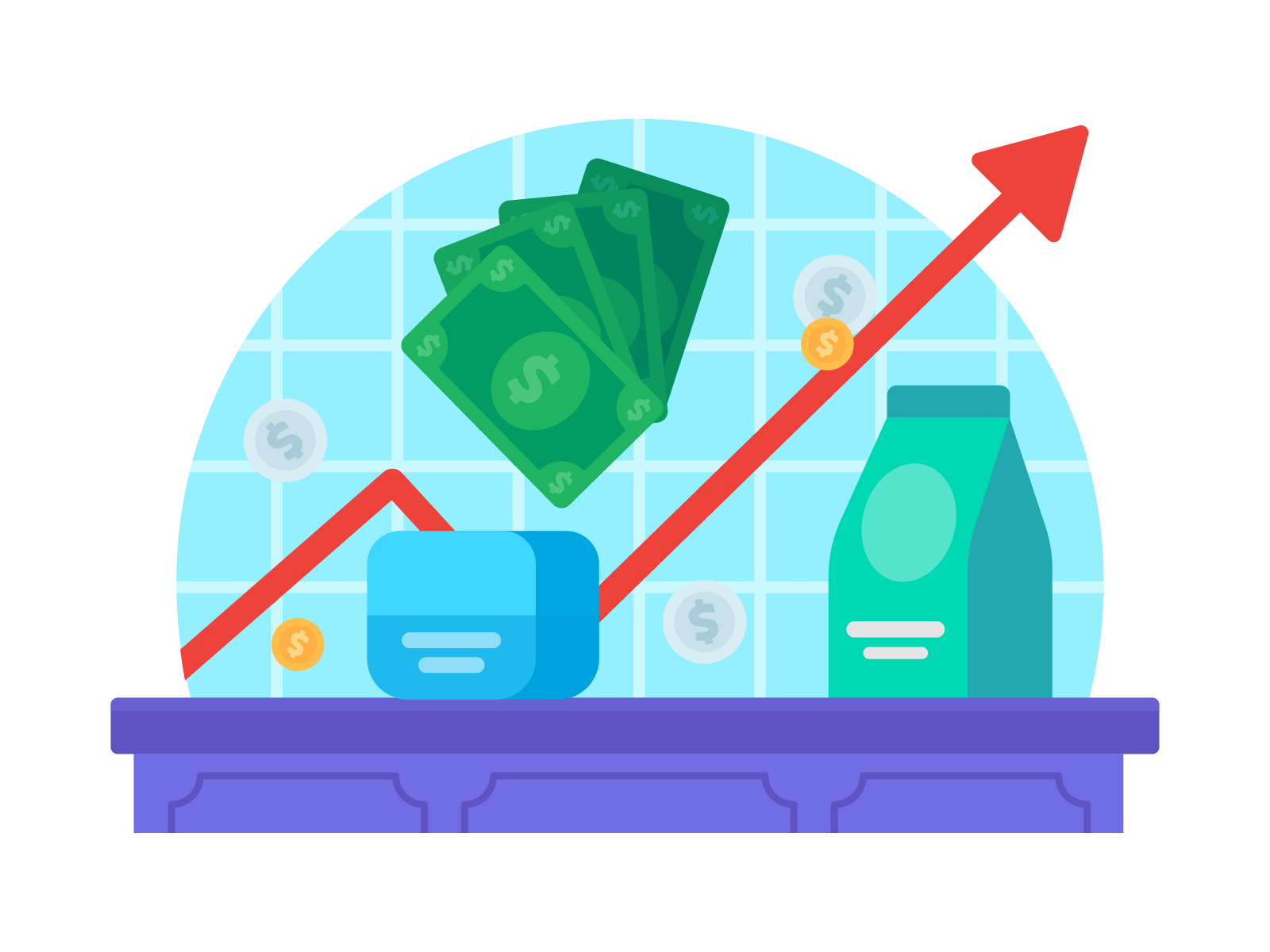 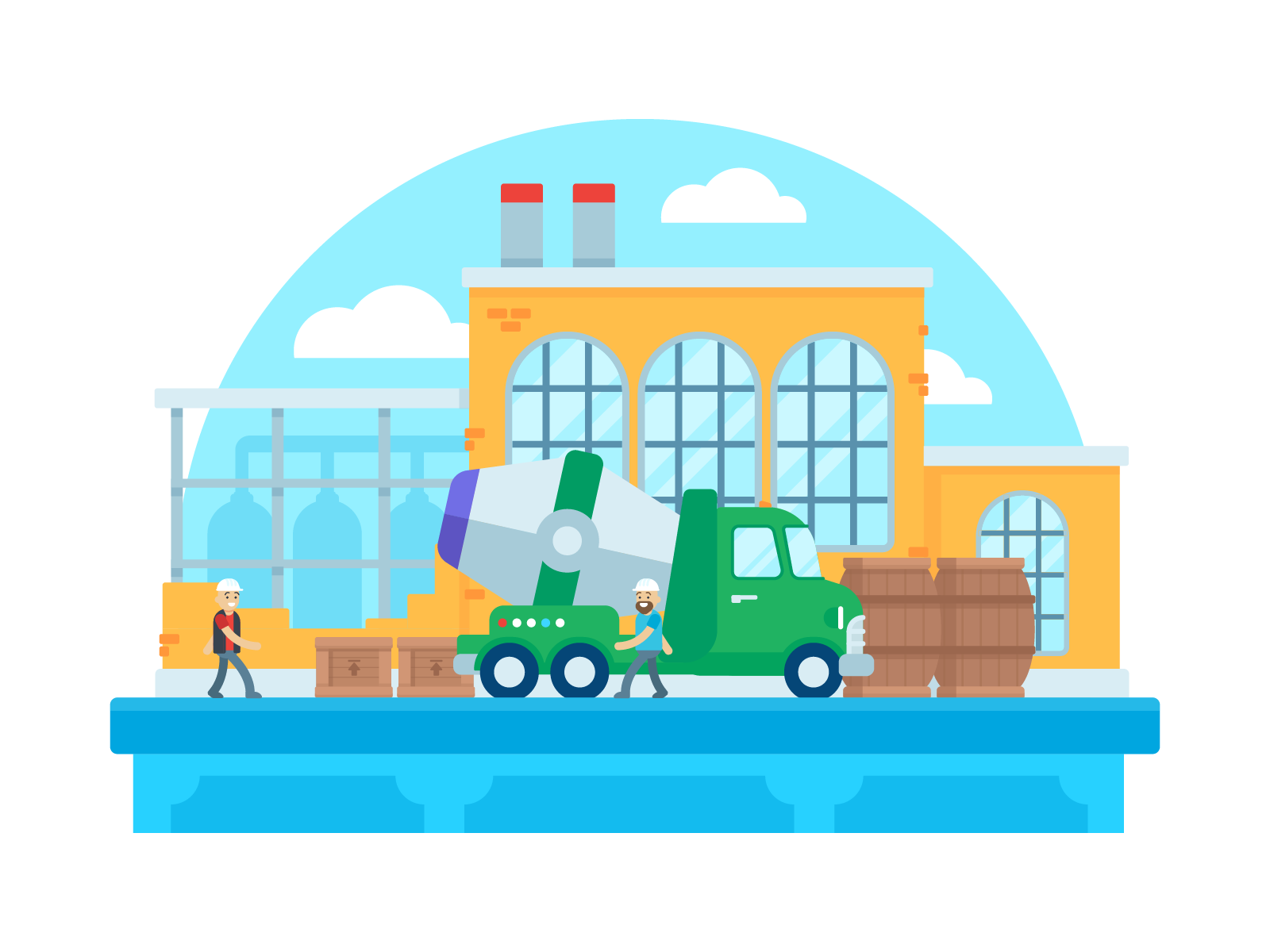 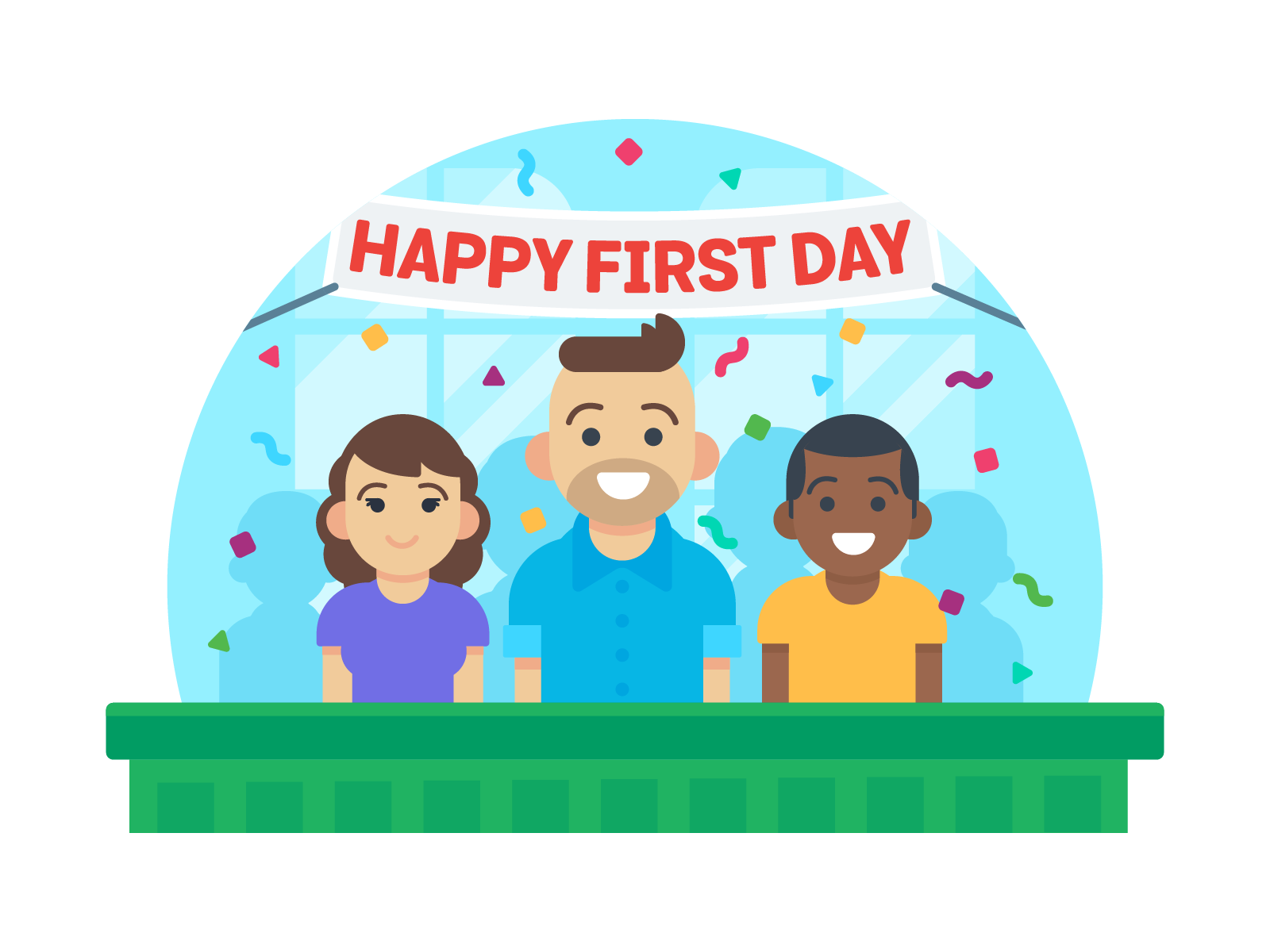 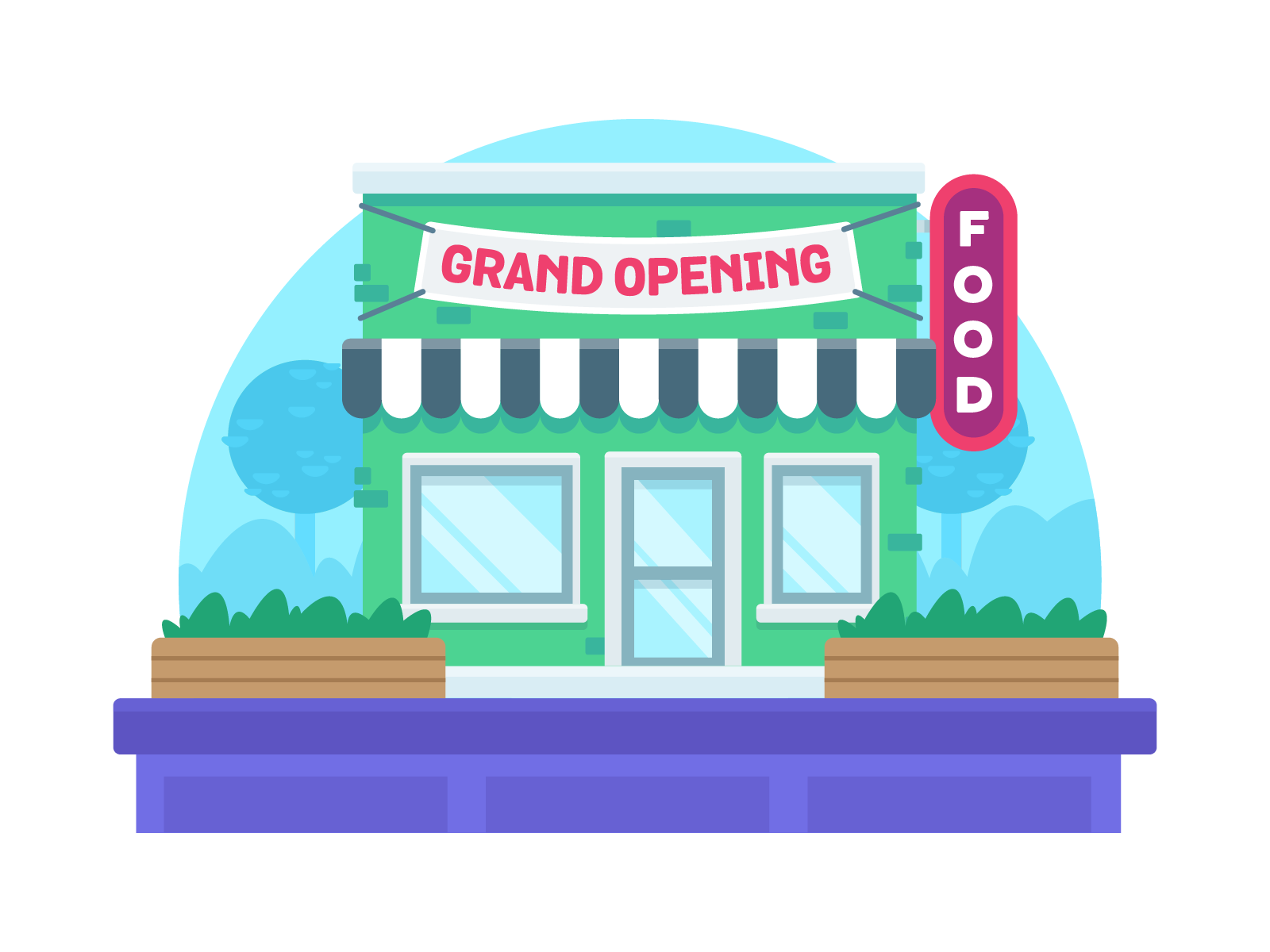 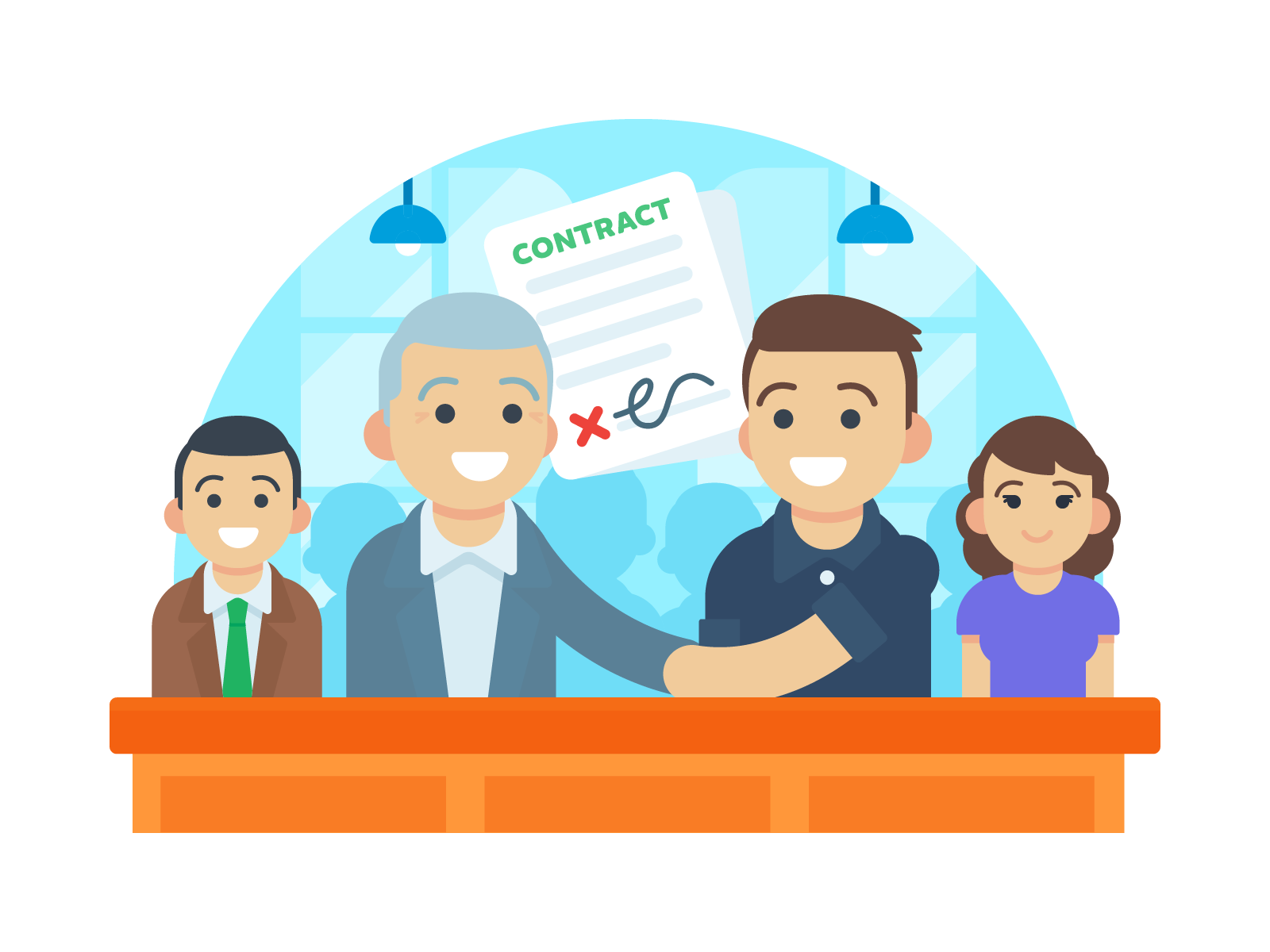 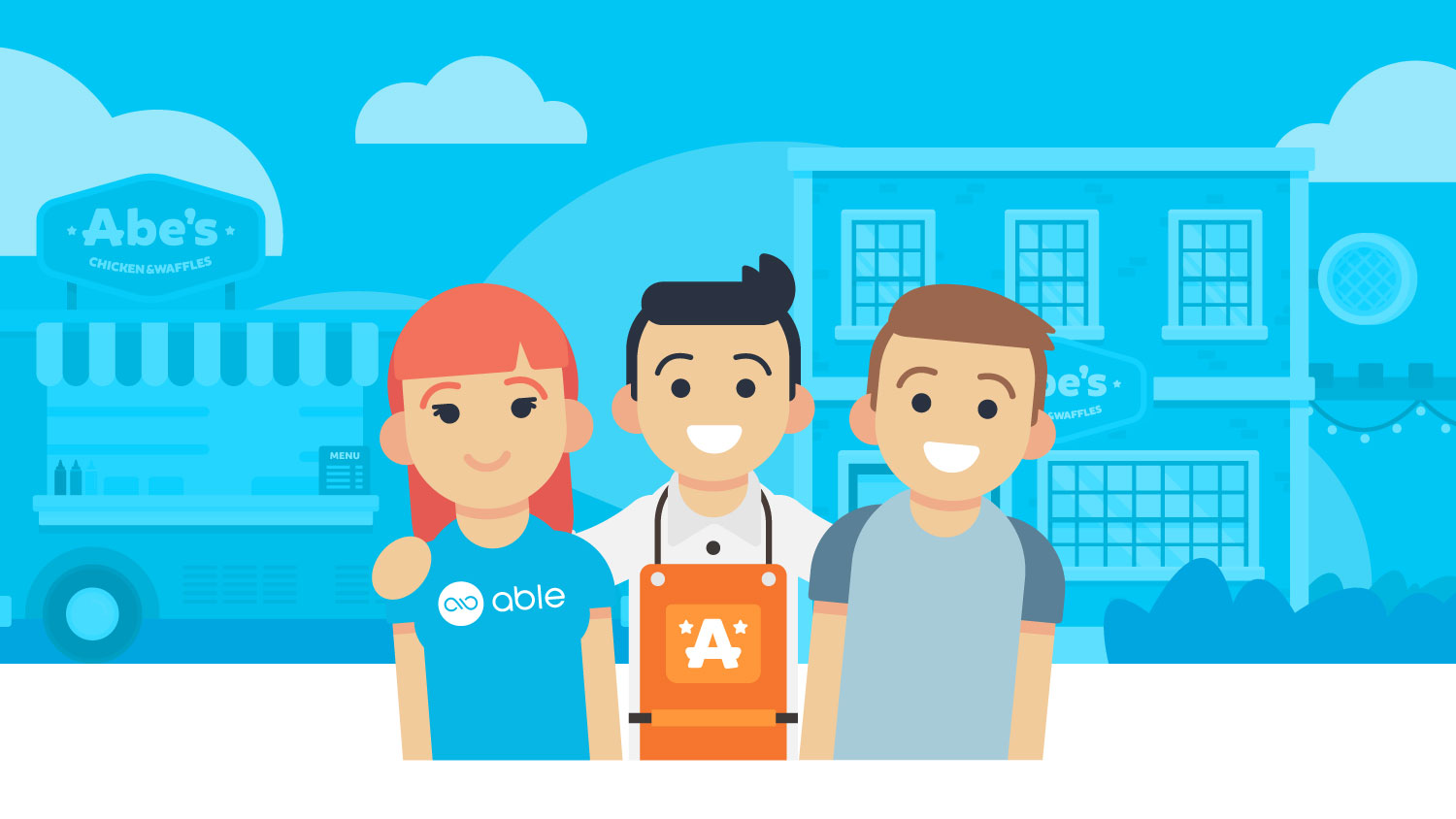 Our partnership with Able Lending was full of fun and creative work and we look back on it with fond memories and attachment to all of the illustrations we created for and with them. Unfortunately our partnership with Able came to an end close to a year after us starting to work together after we literally ran out of things to create—as stated above we created over 100 assets for them in total.

Another bit of sad news is that a year after our partnership ended, so did Able Lending, with them selling the company to another third party.

"Rocky's work has been defining for the Able brand. He was able to create a voice inspired by prior work yet elevated that voice to a new level. His process has always been professional, with quick iteration from sketches to the final product. We couldn't imagine a better expression and interpretation of the values we're trying to express."
- Stephen Caver, Able Lending
Thank you! Your submission has been received!
Oops! Something went wrong while submitting the form.