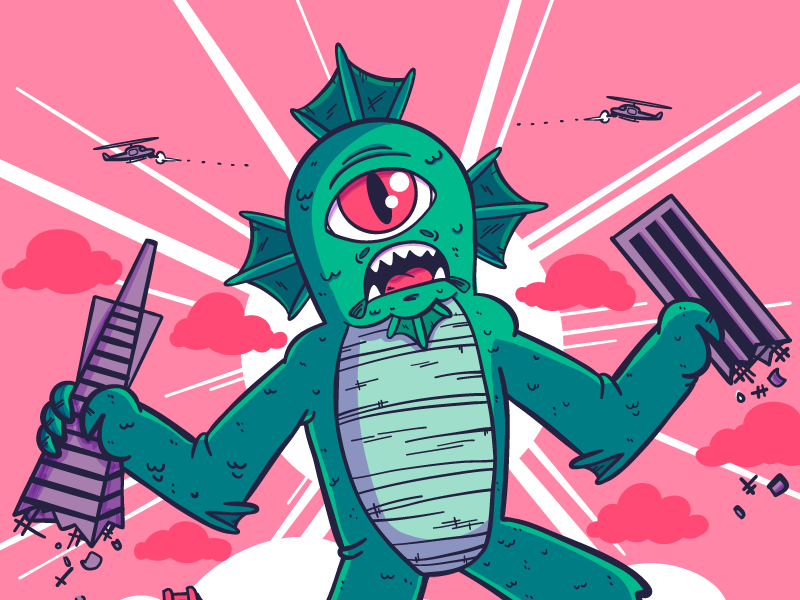 Creating A Cyclops For Adobe Live

We've been lucky enough to be on Adobe Live multiple times since 2017. During our third time streaming in 2018, we created and shared our process for creating creating not only an illustration, but a poster using nothing but the iPad Pro and Adobe's mobile apps—Adobe Illustrator Draw & Adobe Photoshop Sketch—all hosted by our friend and fellow illustrator, RobZilla. Below you'll have a chance to see how we went about planning the Live stream and creating the Kaiju inspired poster using nothing but an iPad Pro and our imaginations. 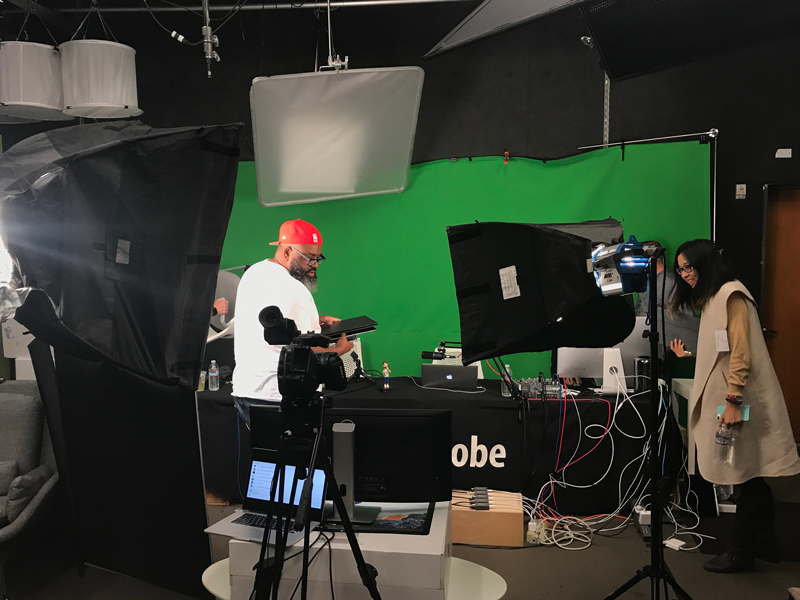 Adobe Live is a platform where you can see featured artists working live with Adobe Creative Cloud products. Each week they go live with amazing creatives from all over the world and allow you to ask them questions in real time, get inspired, connect with the creative community and watch recorded replays of your favorite streams. We've had the opportunity to work directly with the Adobe Live team on multiple projects over the last couple of years including some other amazing projects like: Adobe MAX 2018 Sticker Packs & Adobe MAX 2019 Badges.

Preparing for the Livestream

Adobe flew me and RobZilla out to San Francisco in February 2018 to go live for three days—two hours of streaming each day. Knowing this we decided to meet up and discuss the stream and how we could better utilize our time that we had. So we met up for dinner the day before the first streaming session and discussed the whole process.

Before hand, I had spent some time sketching out some ideas for what would be the focus of the stream, a Kaiju—refers to a Japanese genre of films which feature giant monsters, movie poster. Since we have an affinity for cyclopes, we decided to create a giant cyclops kaiju that was destroying San Francisco—tying back to the fact we were streaming there. We showed the sketches to RobZilla and got some feedback which was something along the lines of "Perfect!" and continued discussing how we were going to plan out the stream.

Unlike other times that we had been on the stream, he had the idea to try something new that he called the Kitchen Segment—based on talk show's cooking segments. The idea was to create things before the stream and then replicate them during the stream, when we were getting close to our time being up, we would show the finished product. This would allow us to have a completely finished piece at the end of the stream vs. trying to play catch up each day within the two hours.

With our plan formulated it was time to get things into action for the stream. 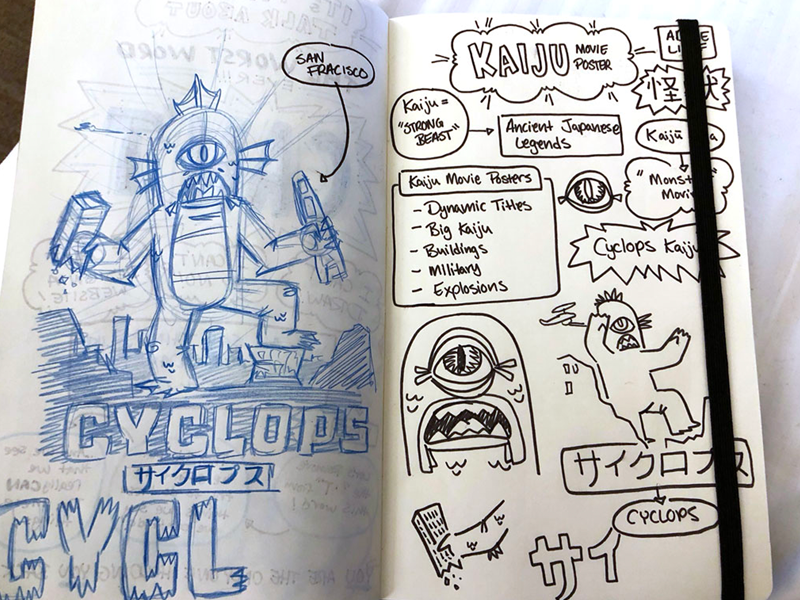 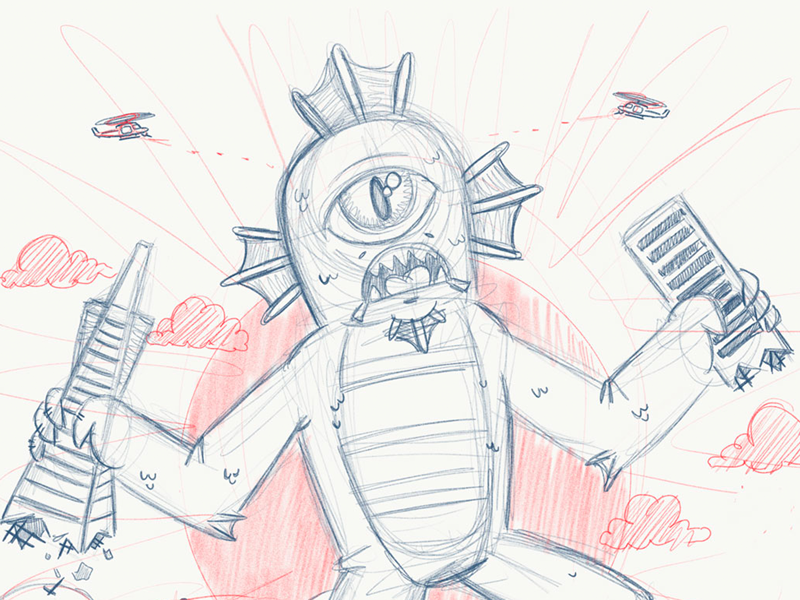 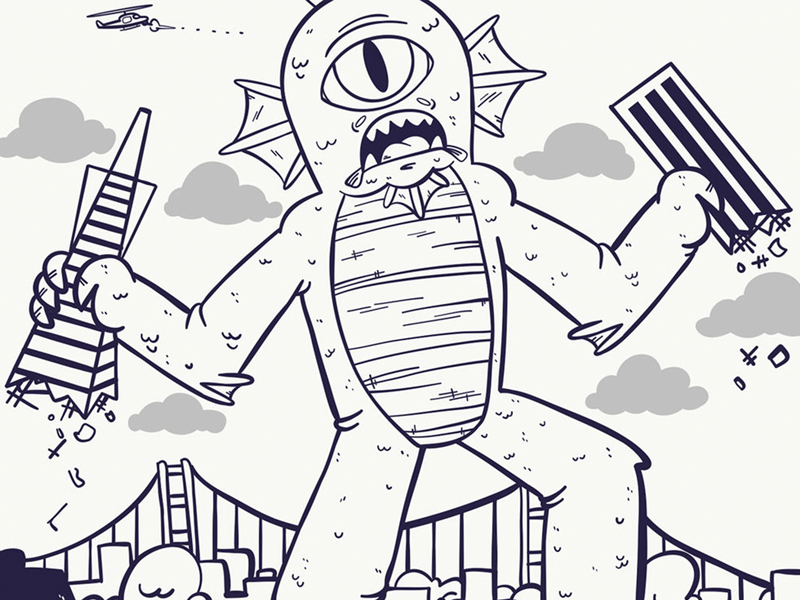 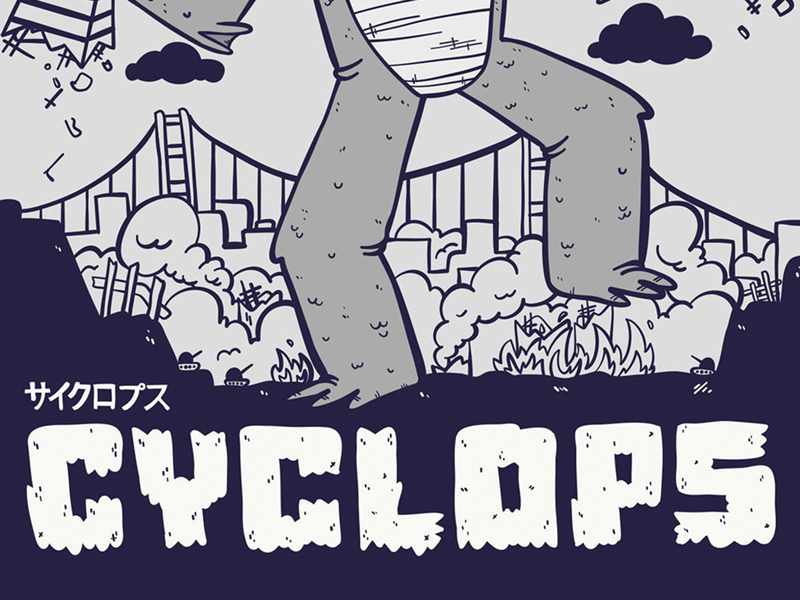 Streaming Live to Thousands of Viewers

After preparing for our stream the night before, we went back to the hotel Adobe put us up in and began working on what we'd create over each of the three days. During the first day we'd focus on sketches and starting the linework, the second day would be adding the fill and working on shading and the third day would be colorizing and final edits of the illustrated poster.

In order for this to all work, we had to spend time each night before creating the finished pieces for each segment so we would be ahead of the game. Instead of going out and enjoying San Francisco we spent each night creating for hours on end but in the end it was well worth it.

During the stream, we were able to create the entire illustrated poster—using the pre-made segments—with some time to spare and even got some help from one of the viewers of the stream on one specific piece of the illustrated poster, the kanji—Japanese writing system—for the poster saying "Cyclops" which was extremely helpful since neither of us spoke Japanese or knew how to create the characters. This form of collaboration also speaks to the type of community that comes together during the live streams and how we as streamers are able to pull help from the audience in addition to offering them help with our creative skills and knowledge. 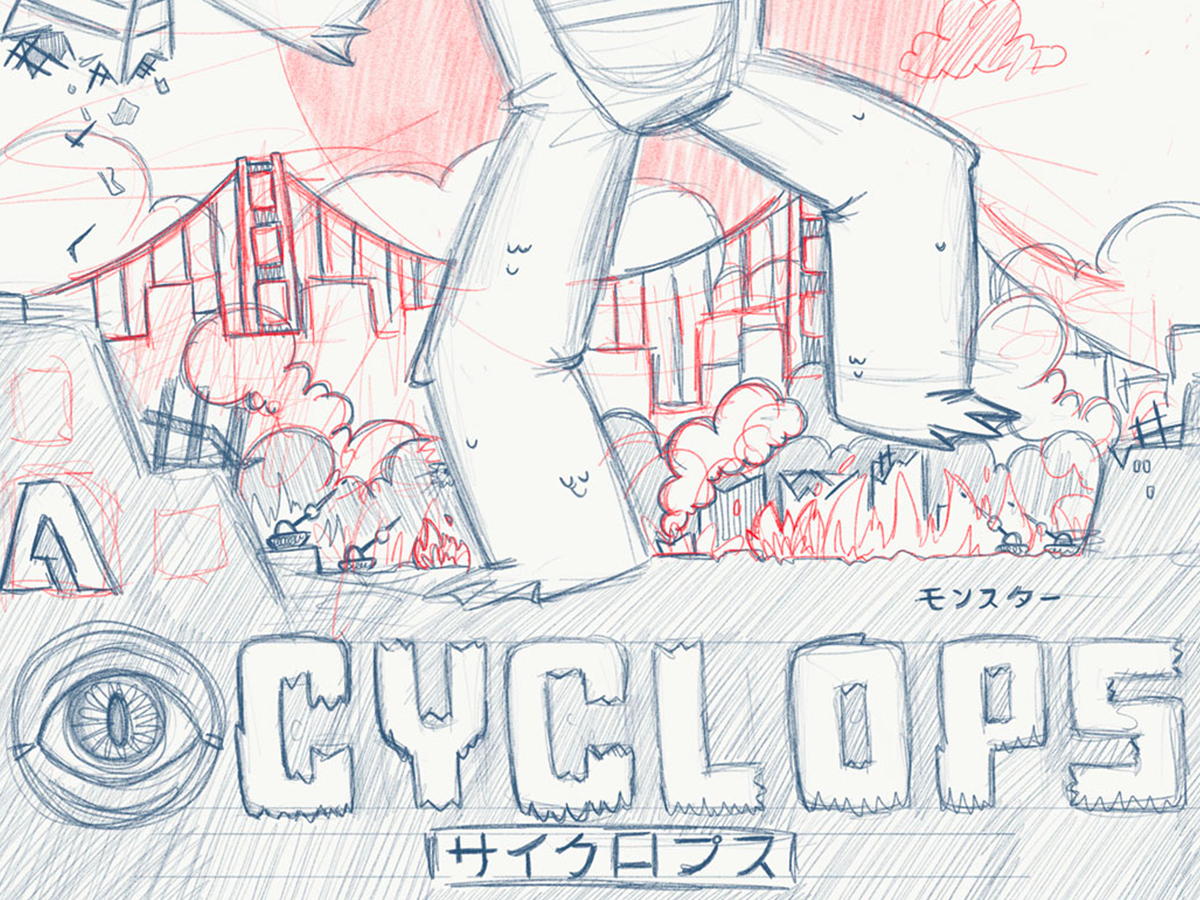 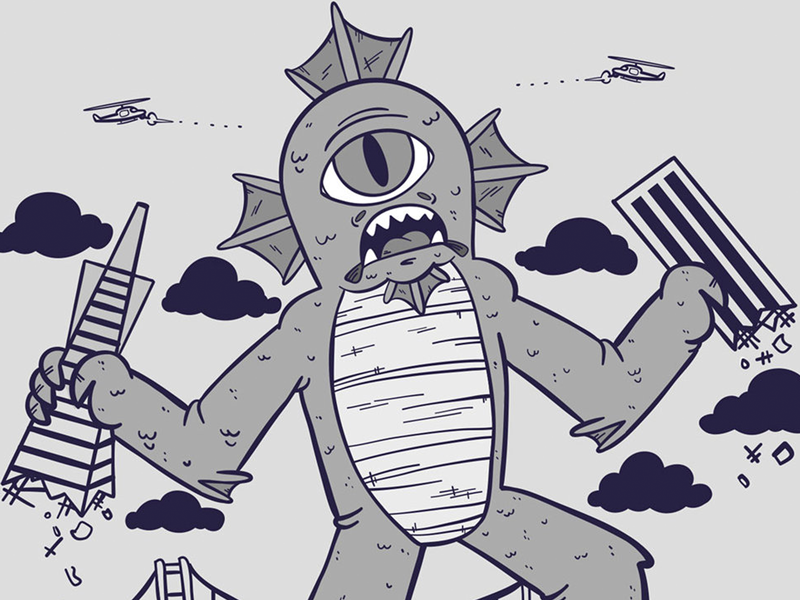 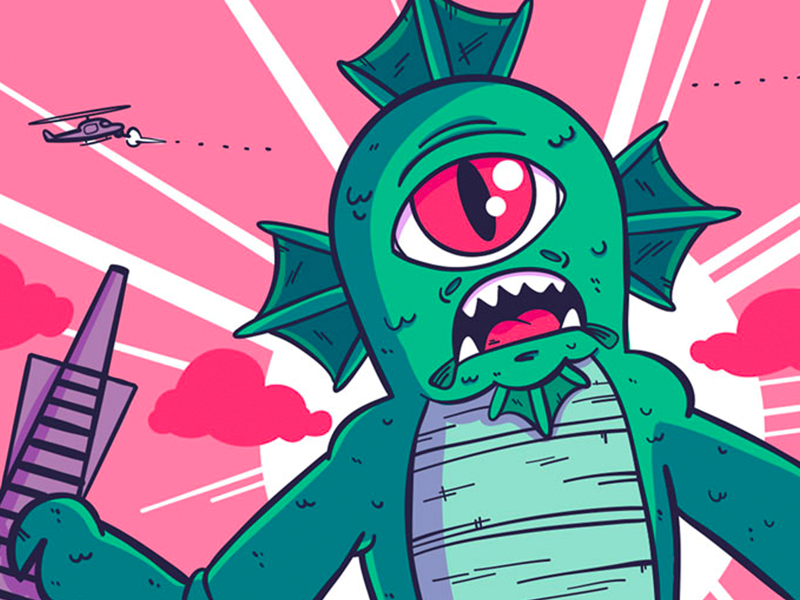 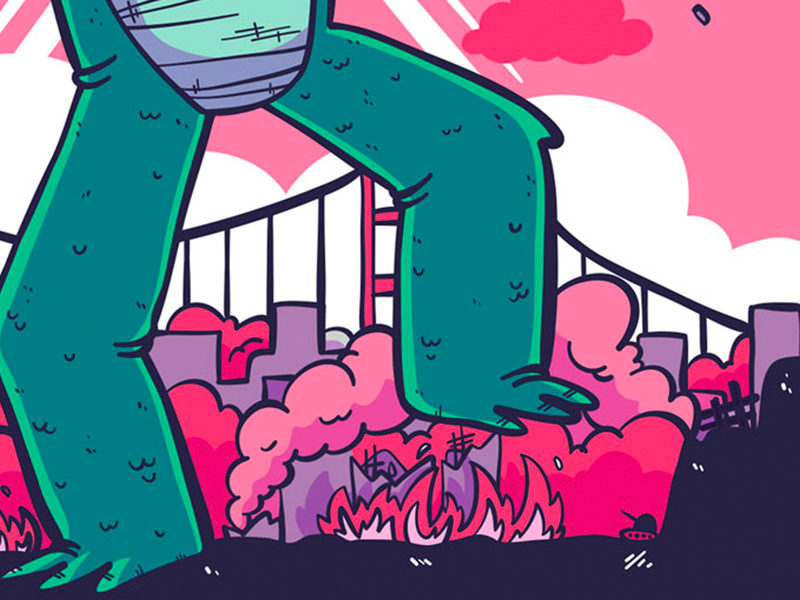 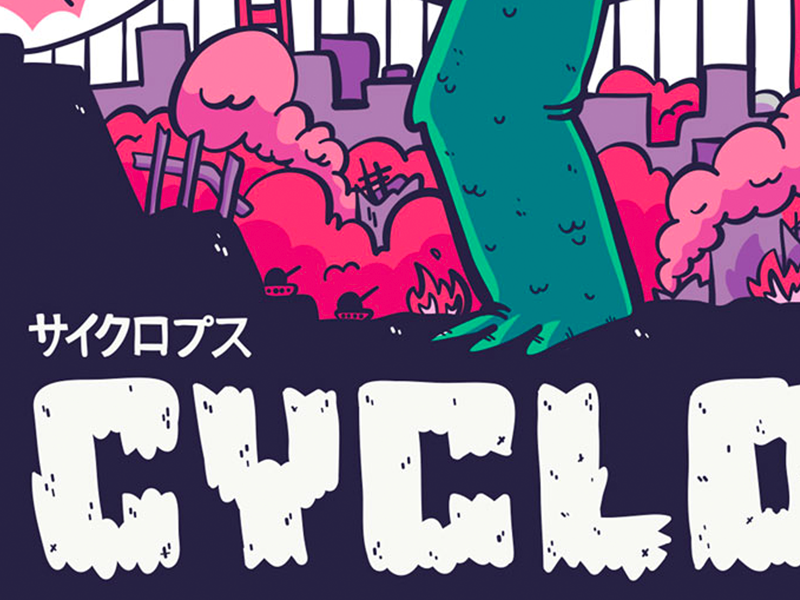 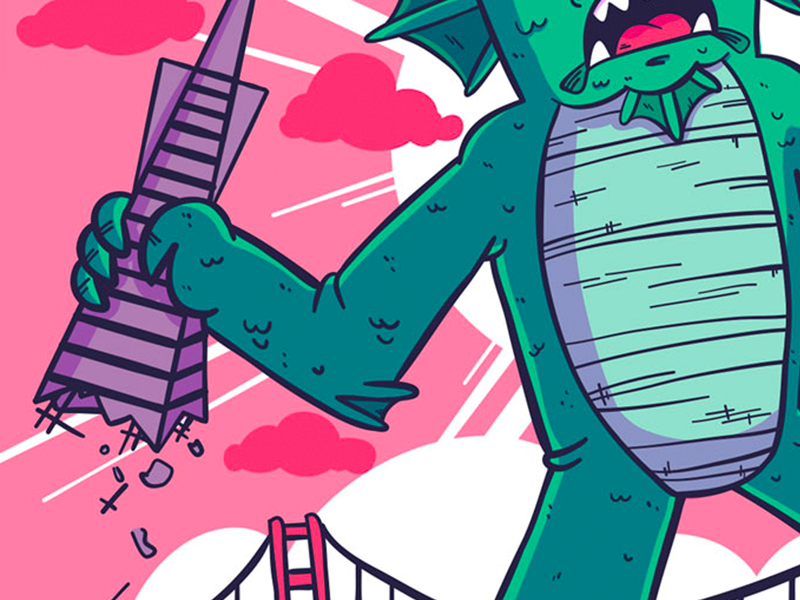 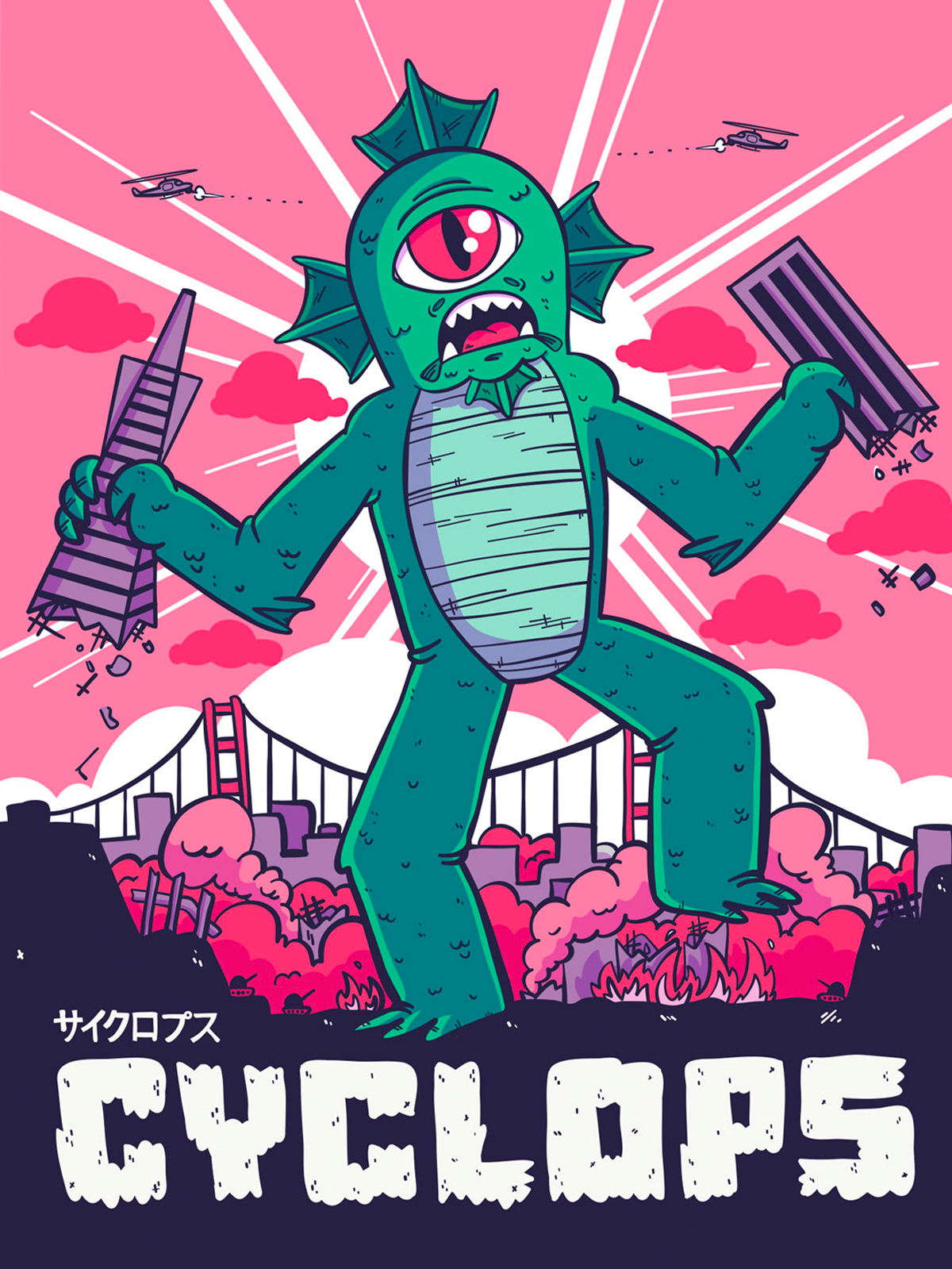 The final illustrated poster design has since been given out as gifts at Adobe MAX, made into stickers by Slaptastick and currently hangs on the wall of the Adobe Live's new green room in their studio space.

One of the biggest reasons for the incredible success of this specific project/live stream was because of collaboration between us and RobZilla, the Adobe Live team and the community that tuned in. Without each groups contribution it would have been an ok stream but with them it became a spectacular one and that's something that we will always be grateful for.

If you would like to view the original recordings from this livestream you can find them by following this link here and be sure to tune in live on weekdays to Adobe Live.

Thank you! Your submission has been received!
Oops! Something went wrong while submitting the form.