We've been so lucky to partner with so many amazing clients but one of our favorites is with the design software giant, Adobe, specifically the amazing folks at Adobe Live—their live streaming brand. After our third time streaming with them, we sat down with them to discuss a fun project to create sticker designs for their Adobe MAX booth. 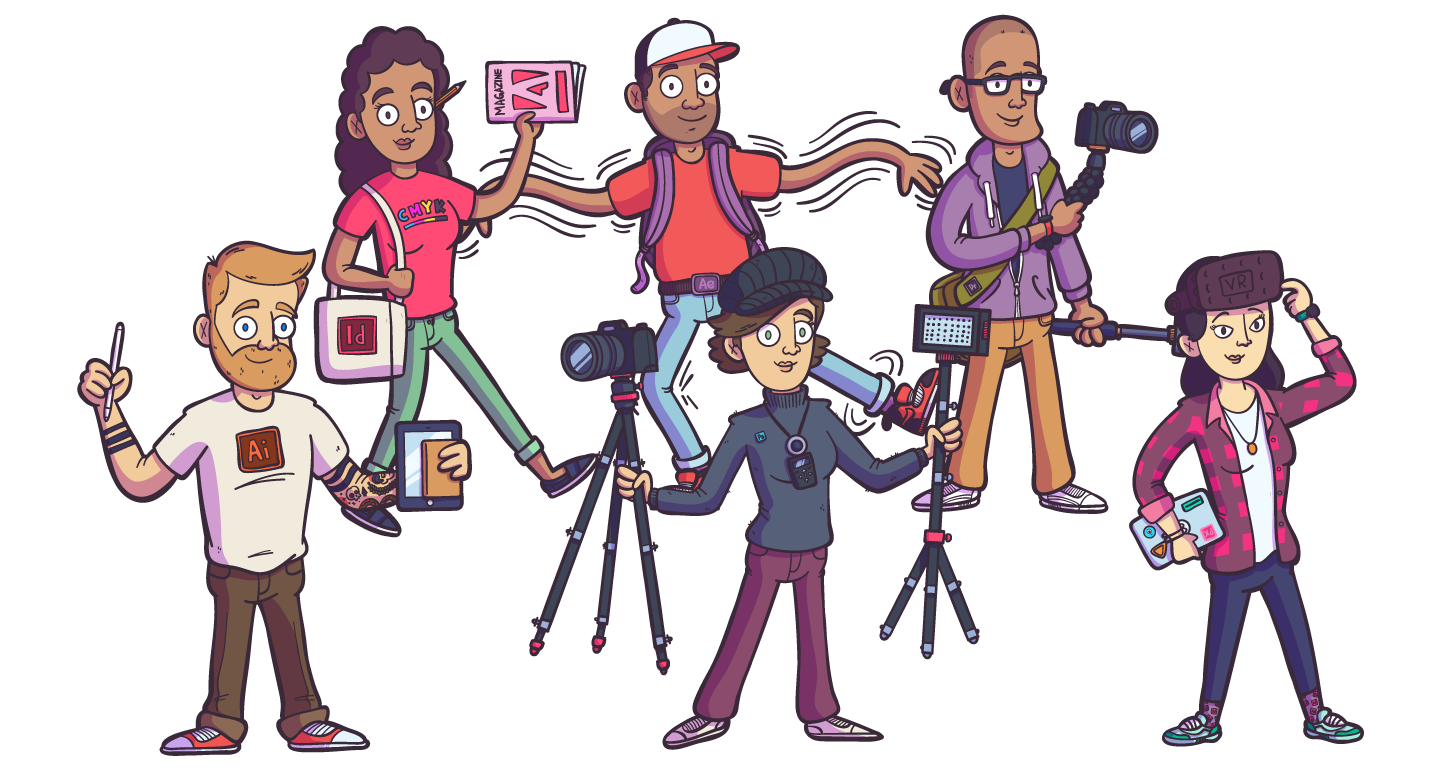 When the Adobe Live team came to us looking for us to create sticker designs for their booth at Adobe MAX, they had the idea of personifying some of the Adobe Creative Cloud products and bring them to life. We created a persona for each product and paired it with an Adobe customer personaThe list of characters and their corresponding product is listed below:

Personifying these iconic Adobe products and their audience was a challenge but one that we were definitely up for and excited to do. 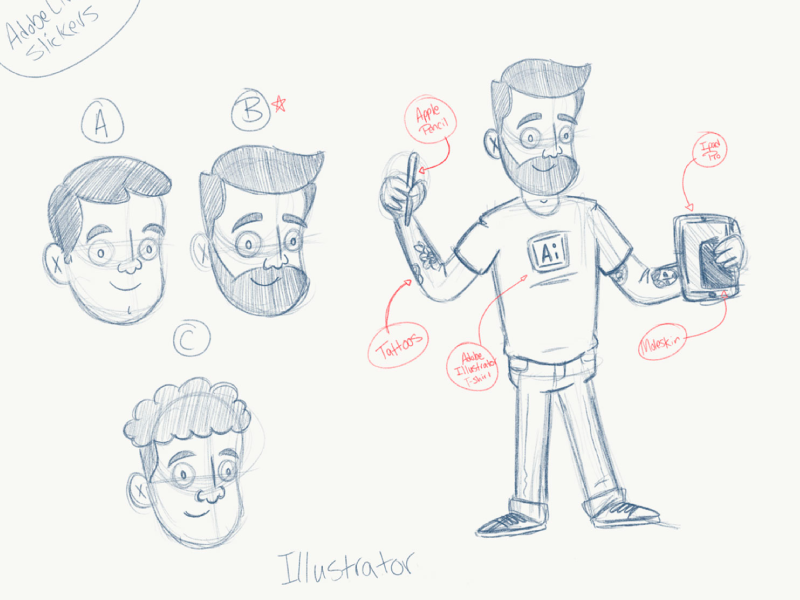 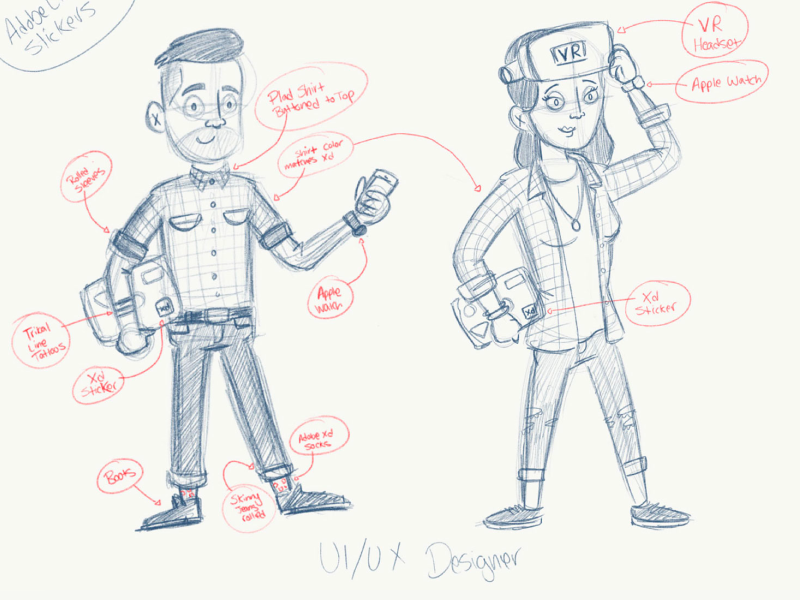 When we began the process of creating the characters, we started by creating sketches for each of the personas. We included elements like clothing, accessories, and tech that they would use as creatives. We also wanted to make sure we prioritized diversity in the composition of the people we depicted in the illustrations.

We began the project creating the sketches within Adobe Photoshop Sketch and once we had approval from the Adobe Live team, we moved into Adobe Illustrator Draw and used it to create the linework, fill and shading within the app. The only part of the creative process where we had to jump out of the apps was to do our colorizing for each of the characters. 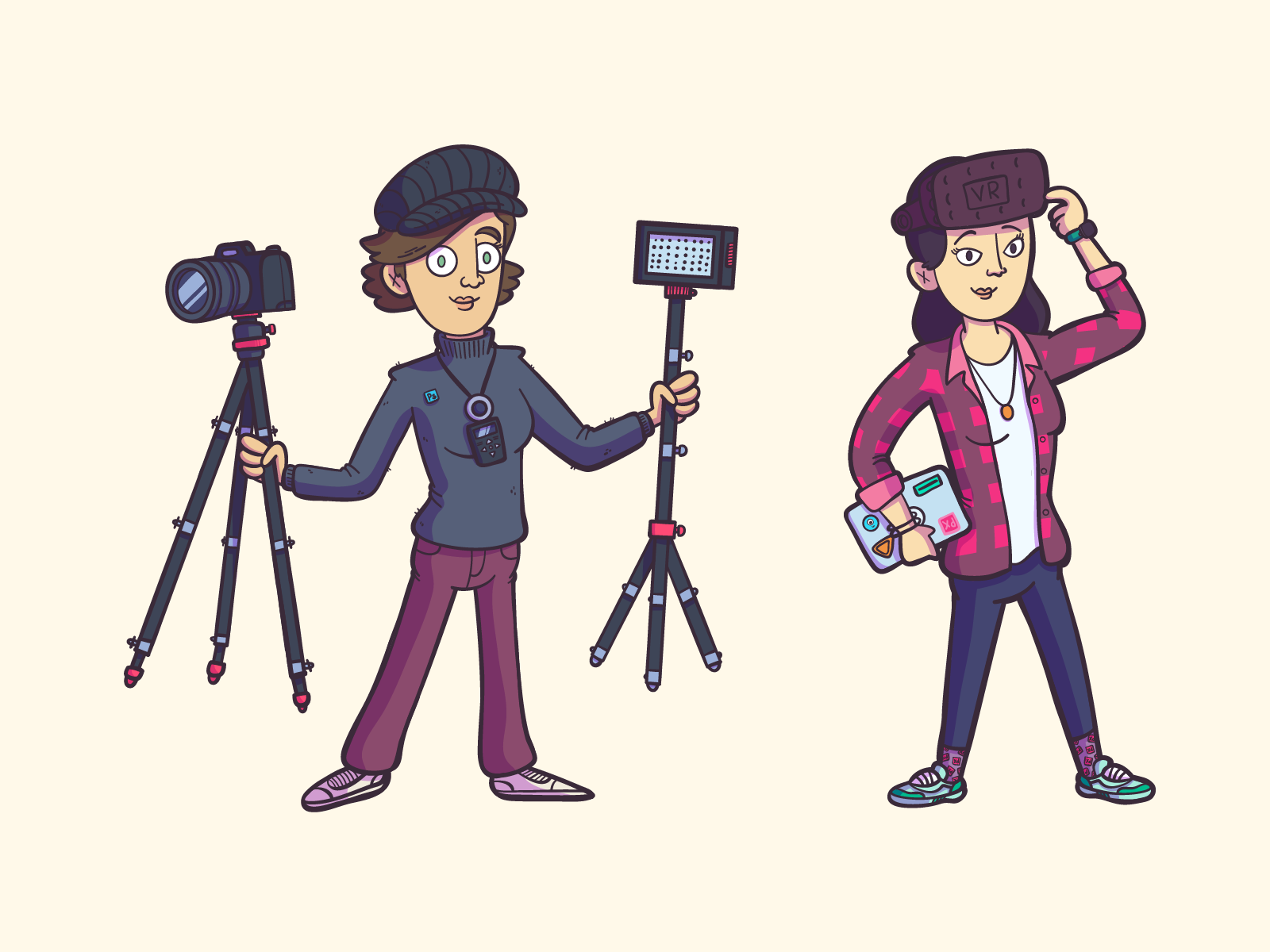 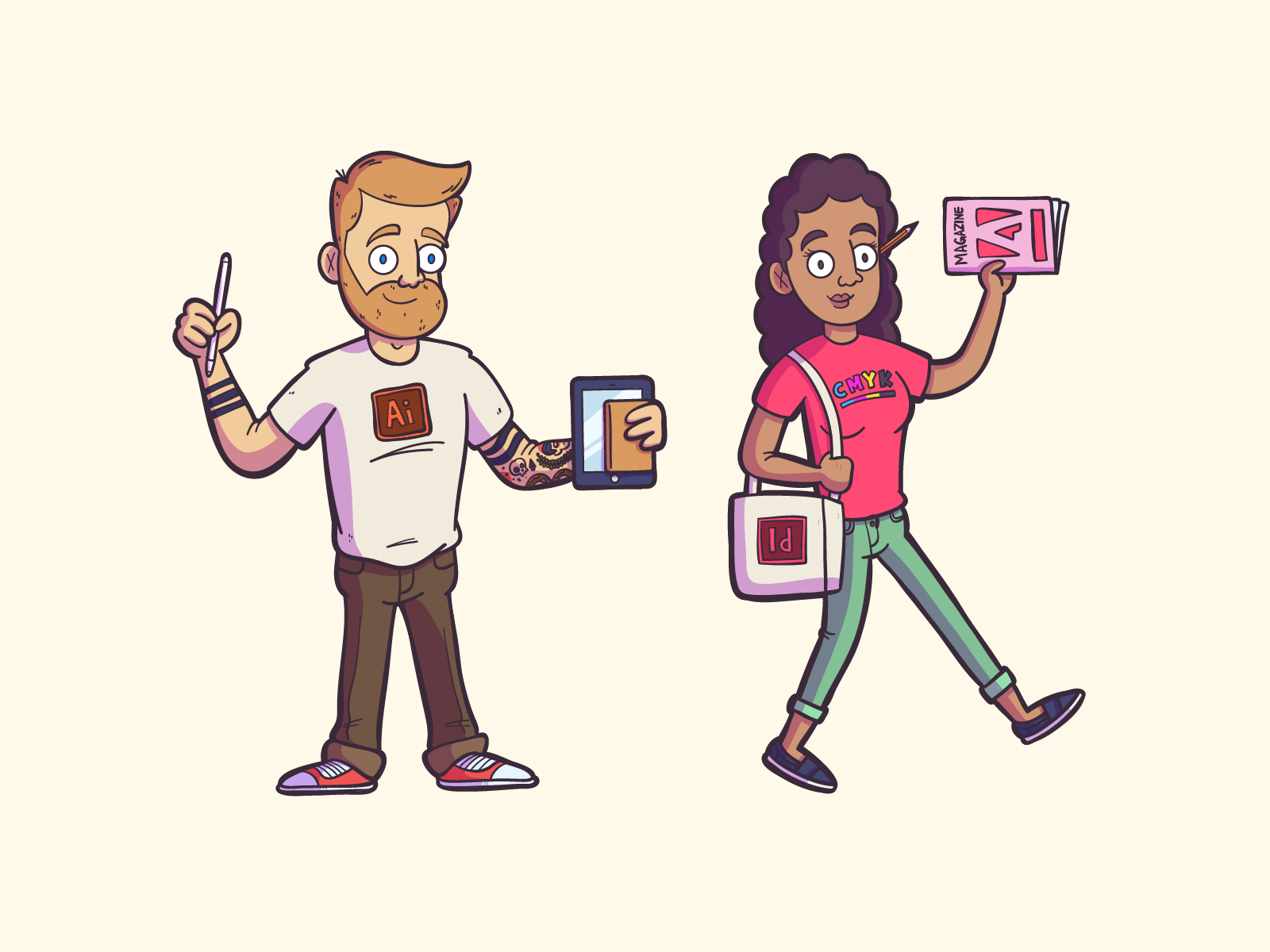 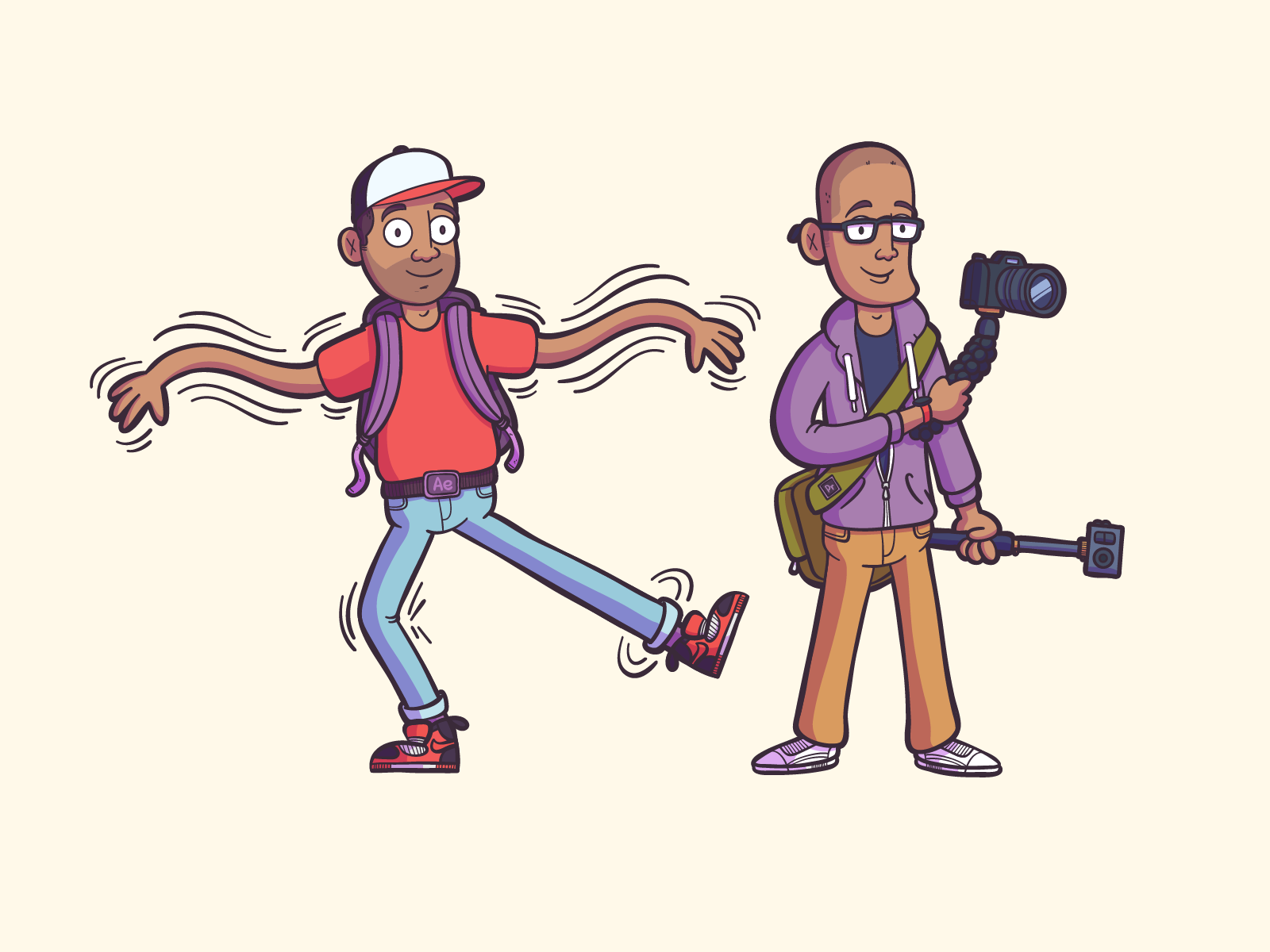 The final sticker designs were and continue to be a huge hit with many of the Adobe Live viewers as well as the staff at Adobe. The stickers were produced as a sticker pack and given out at Adobe MAX 2018 and again in 2019 with one new sticker to feature Adobe's latest addition to their mobile apps, Adobe Fresco.

One amazing and unexpected result of creating the sticker designs was that Adobe Live used the designs printed large and prominently around their booth at Adobe MAX 2018, as you can see above in the gallery.

In September of 2019, we met a member of the Adobe XD team who loved one of the stickers so much — the Adobe Premiere Pro videographer character — because he looked exactly like the character. He proudly featured the character sticker on his laptop, which made us smile. 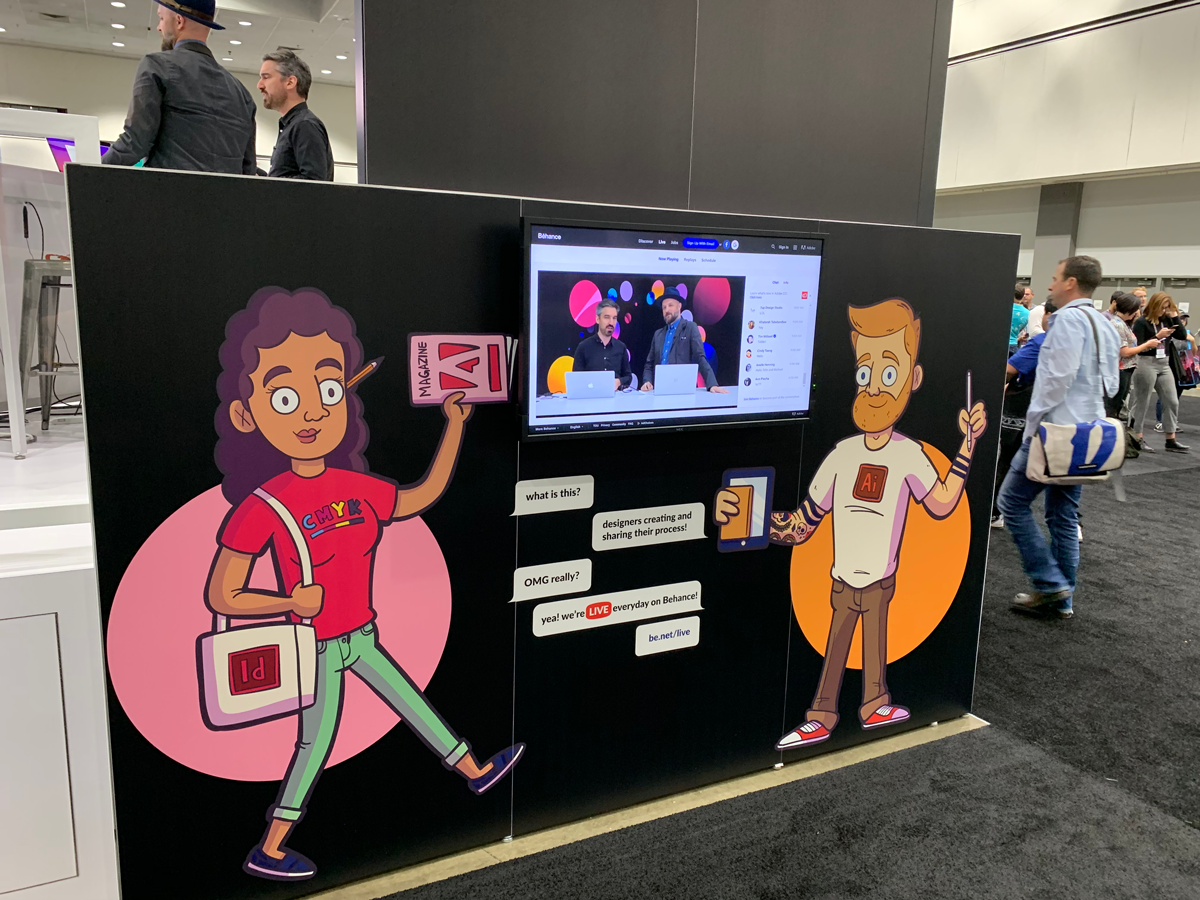 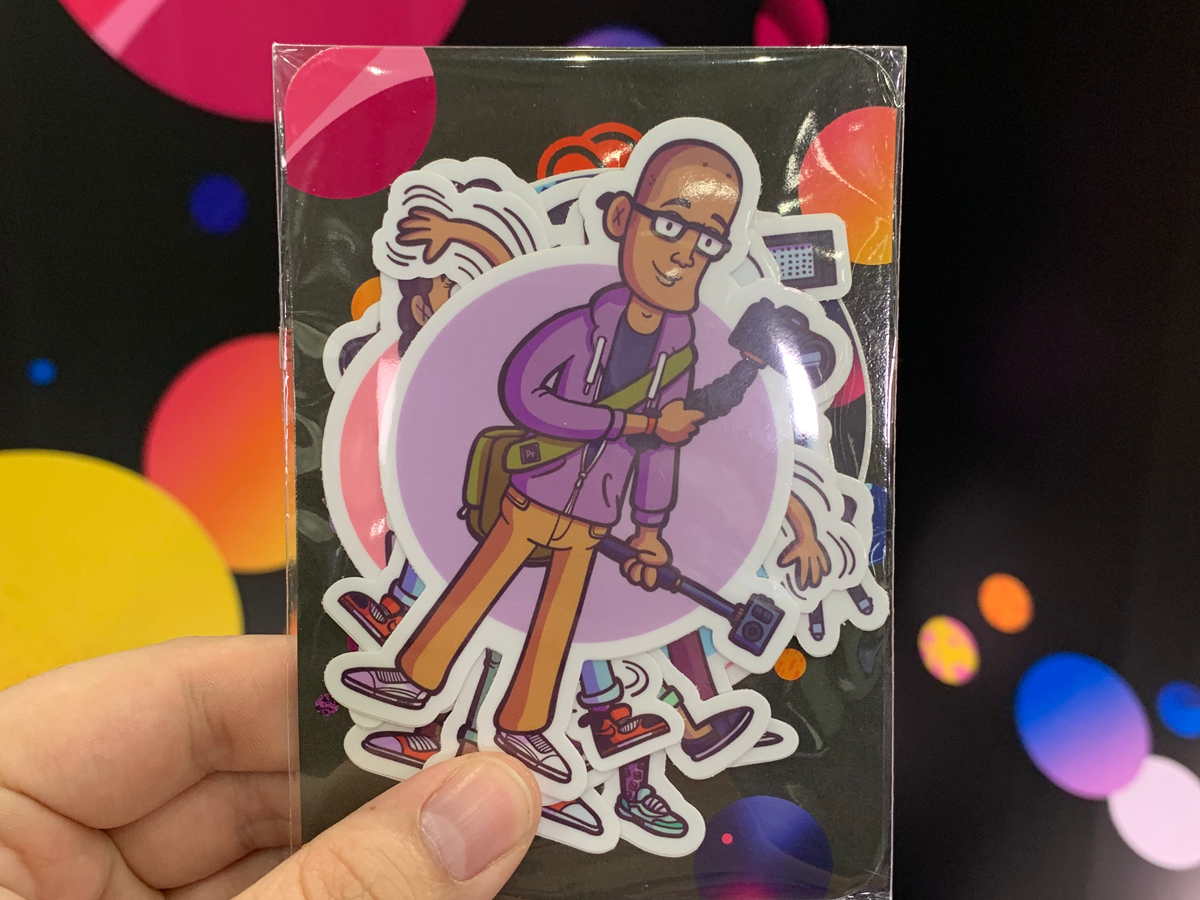