During the fall of 2016, we had the pleasure of forming a long-lasting partnership with InVision. Our first project together was to create a series of illustrations for a blog post they had in the works for Halloween 2016 they called "Halloween Costumes Only Designers Would Know". We would go on to create a second version of these the following year and many other projects since. 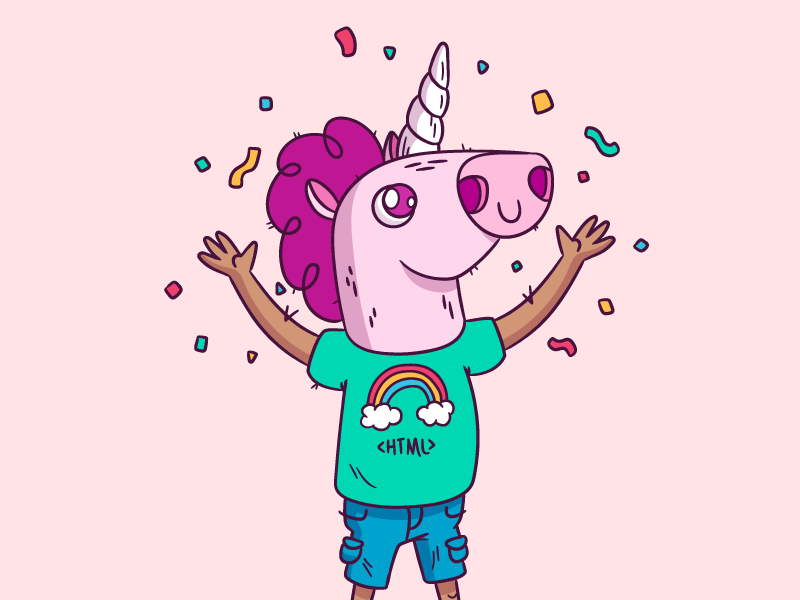 When we started the project, we knew that we wanted to create between 10 to 12 characters in total and came up with a large variety of ideas for the costumes and the characters who would wear them. We knew we wanted to include elements that designers and other creatives would instantly recognize. We would later do the same thing for our next series, "Halloween Costumes only Tech People Would Know."

We reached out to our friends and coworkers to find potential ideas. Some of the ideas came up multiple times and ended up making the cut; others were too good and we couldn't resist creating them. The final list of costumes included: 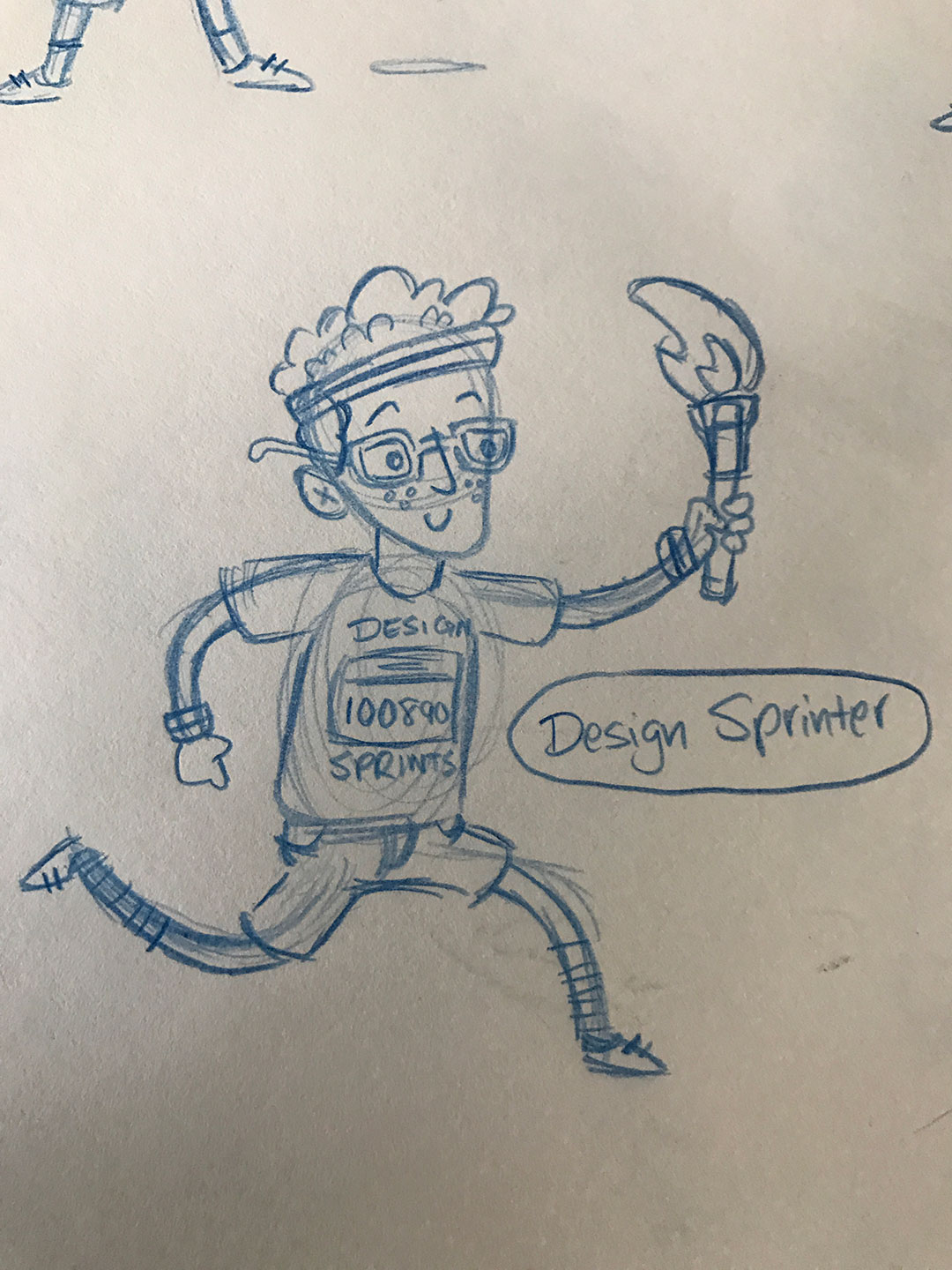 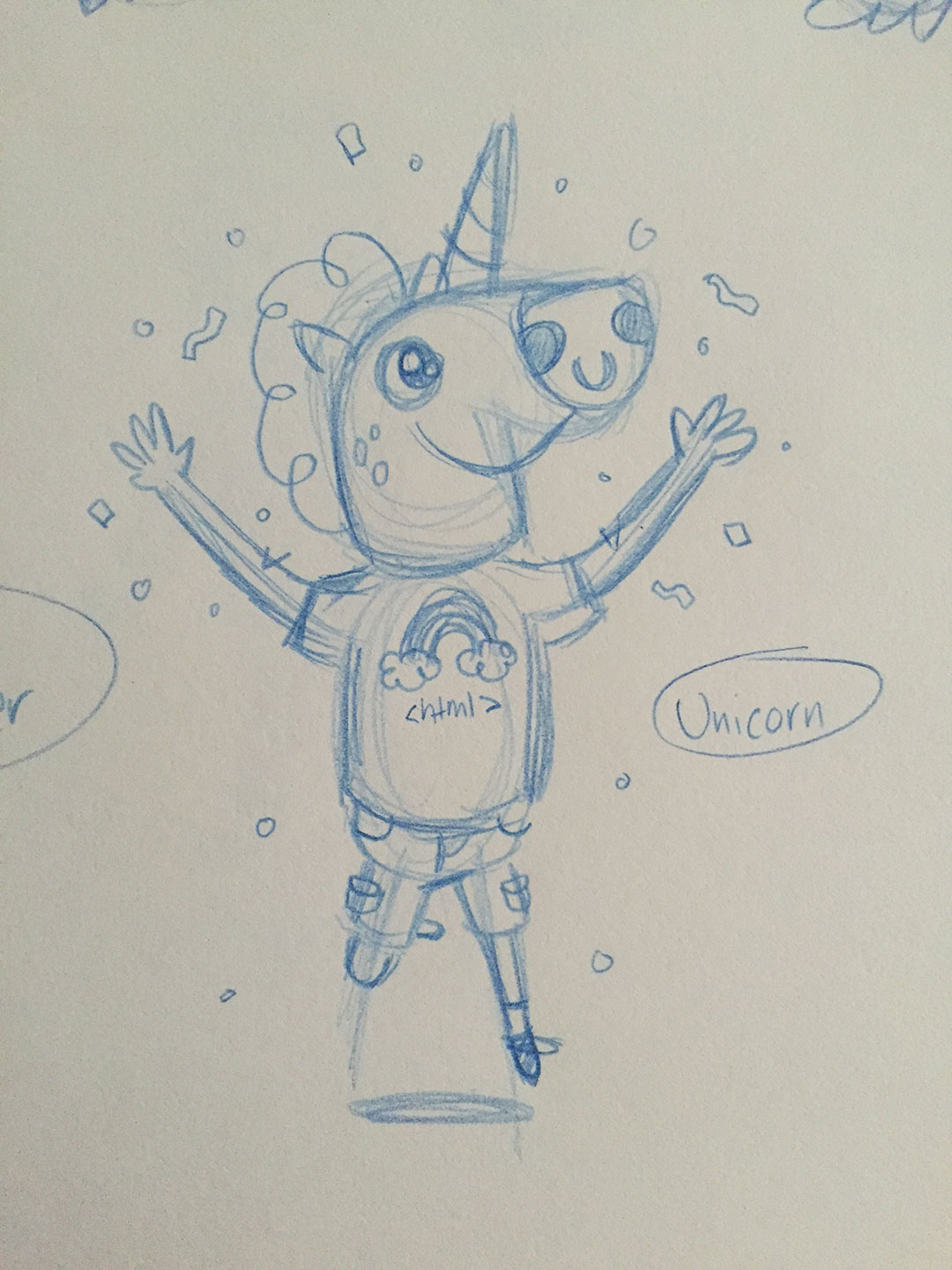 Once we had our list narrowed down to 10 costumes, we began the process of sketching and developing our ideas visually. During this time we were traveling so we decided to stick to traditional sketches, using pencil and paper.

Some of the concepts were approved quickly within the first round of sketches while others went through three or four rounds of sketches before we had everything nailed down.

Once InVision approved the sketches we began working on vectorizing the illustrations. If you'd like, you can view a speed drawing video of us creating one of the characters. We began working on each of the characters creating the line work in Adobe Illustrator, using the pen/brush tool and using Retro Supply Co. vector brushes. After completing the line work, we used the Blob brush tool to create the greyscale fills for the illustration — a similar process that we now do within Adobe Fresco. From there we added the shading and then colorized the illustrations. 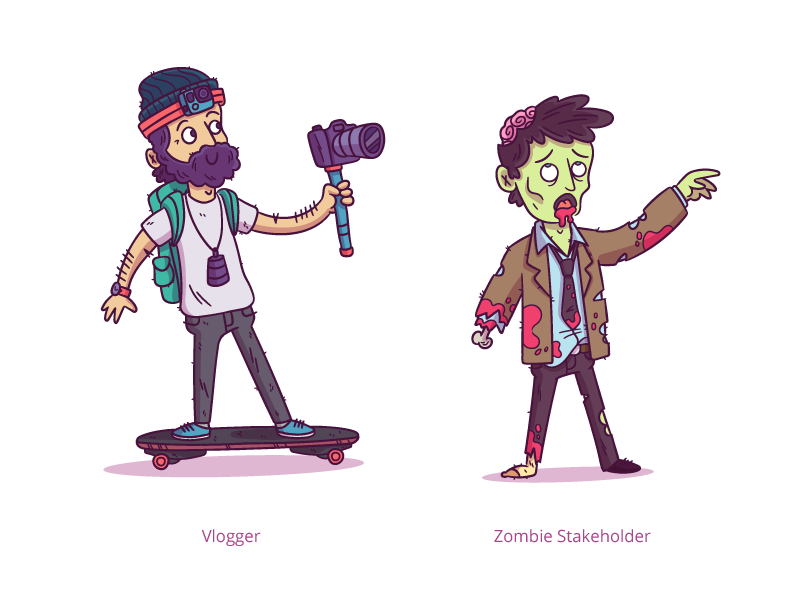 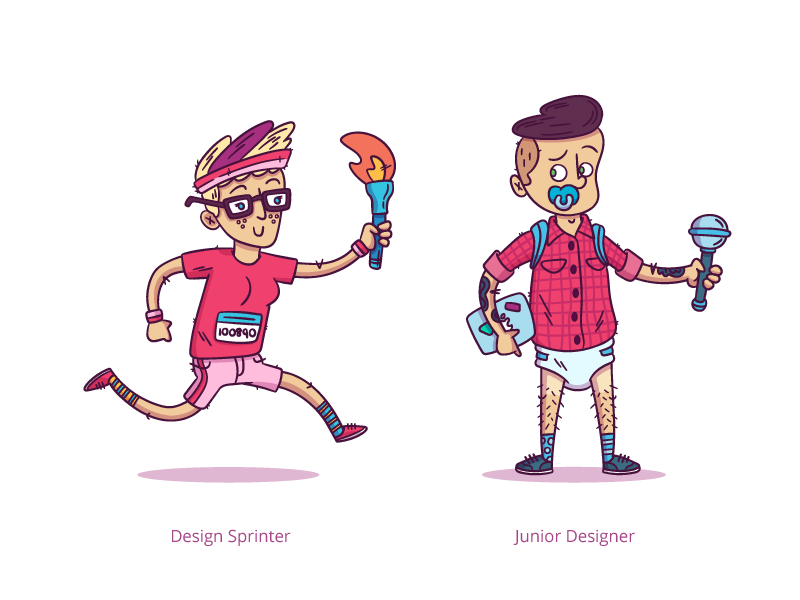 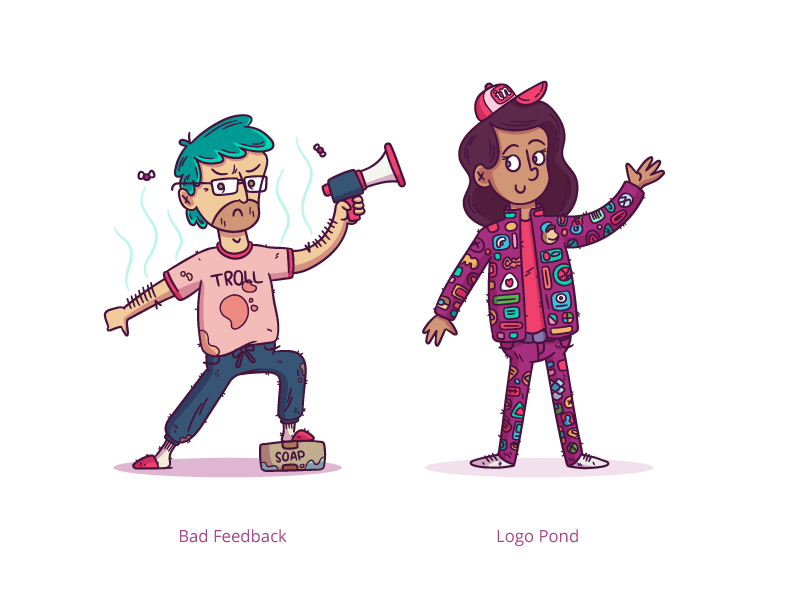 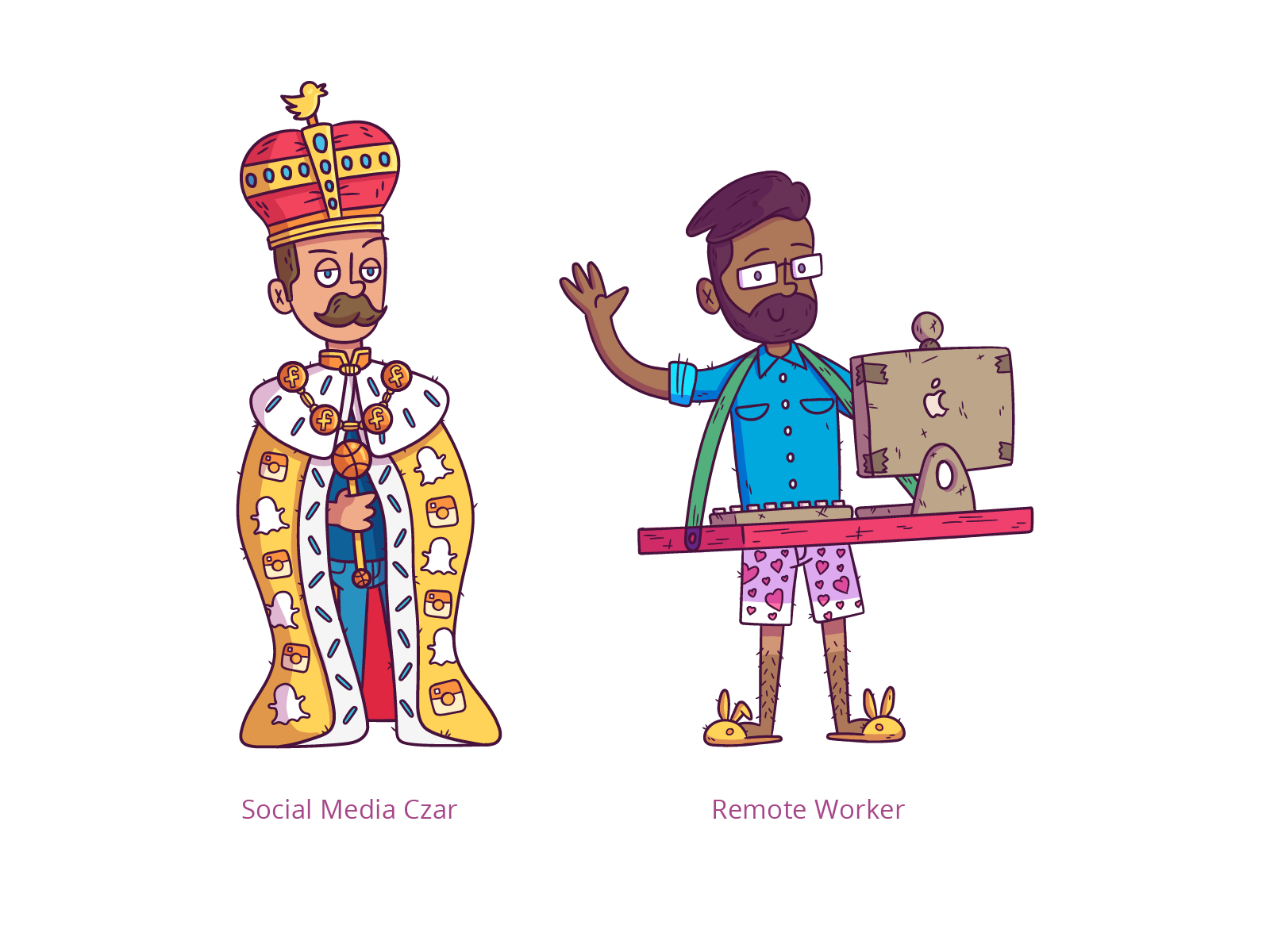 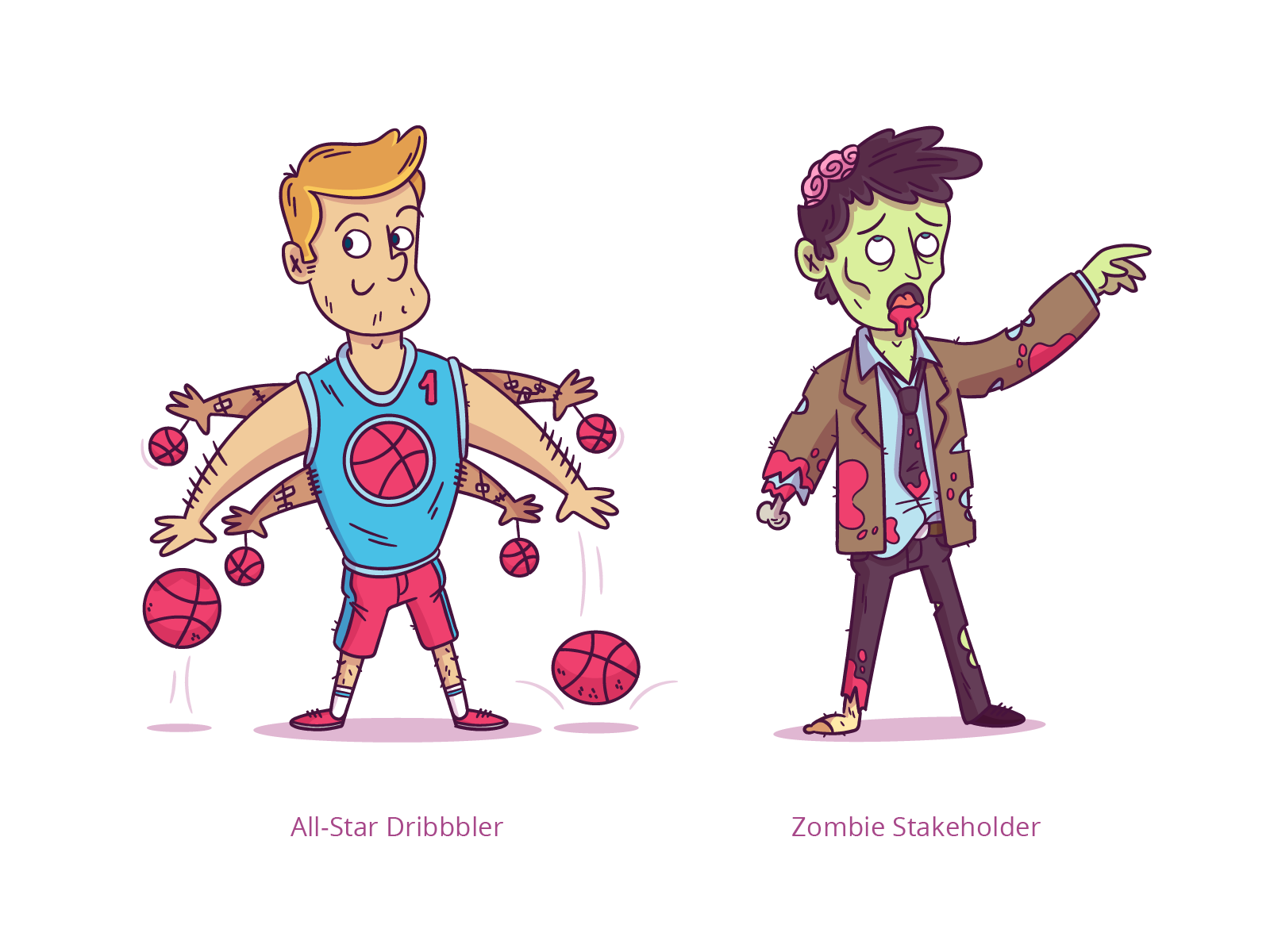 As we mentioned above, our first project with InVision met much success and we've since had an ongoing relationship with InVision. You can find the original blog posts here: costumes for designers and costumes for people in tech. 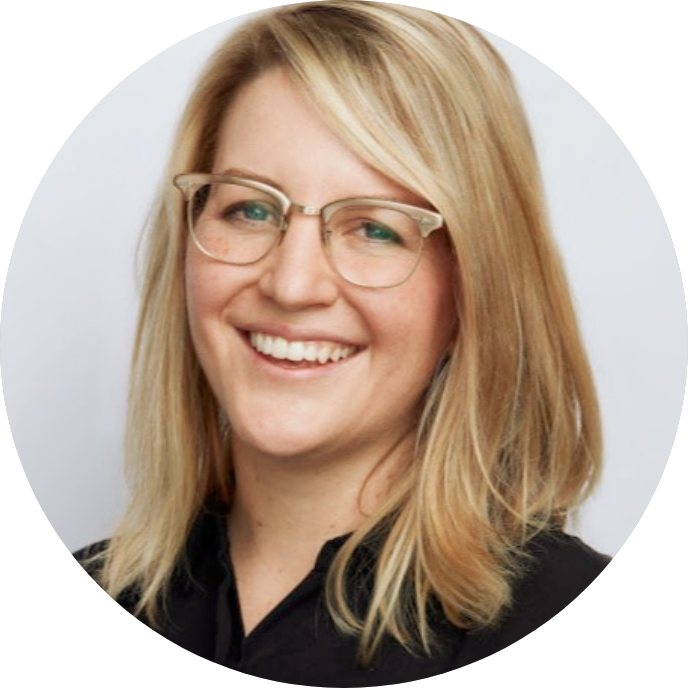 “The final result was far above and beyond what I expected. And that’s why I’ve hired him for several more projects. You’re not only getting outstanding illustration work with Rocky—you’re getting a creative partner. I can’t recommend him enough.” 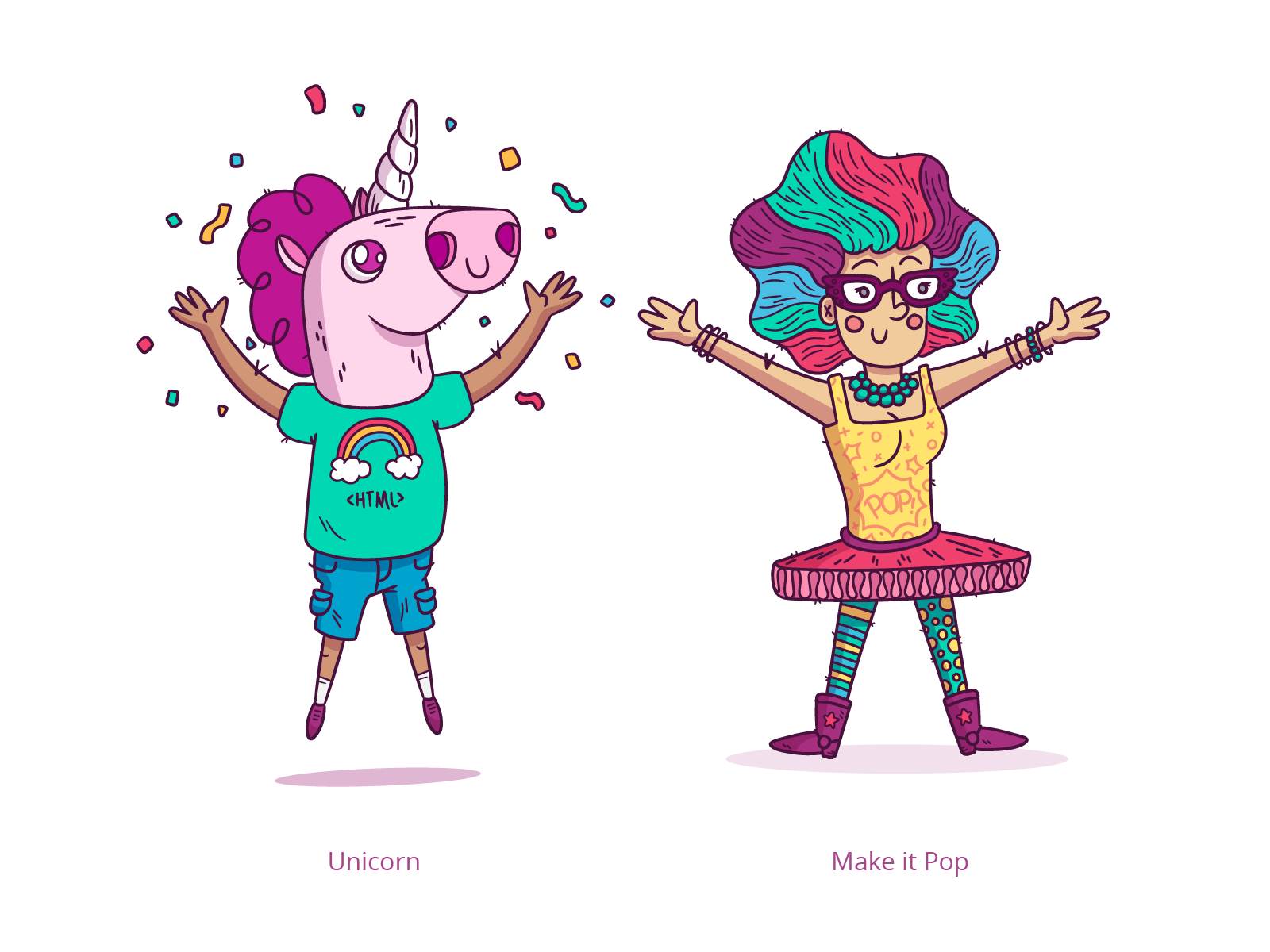 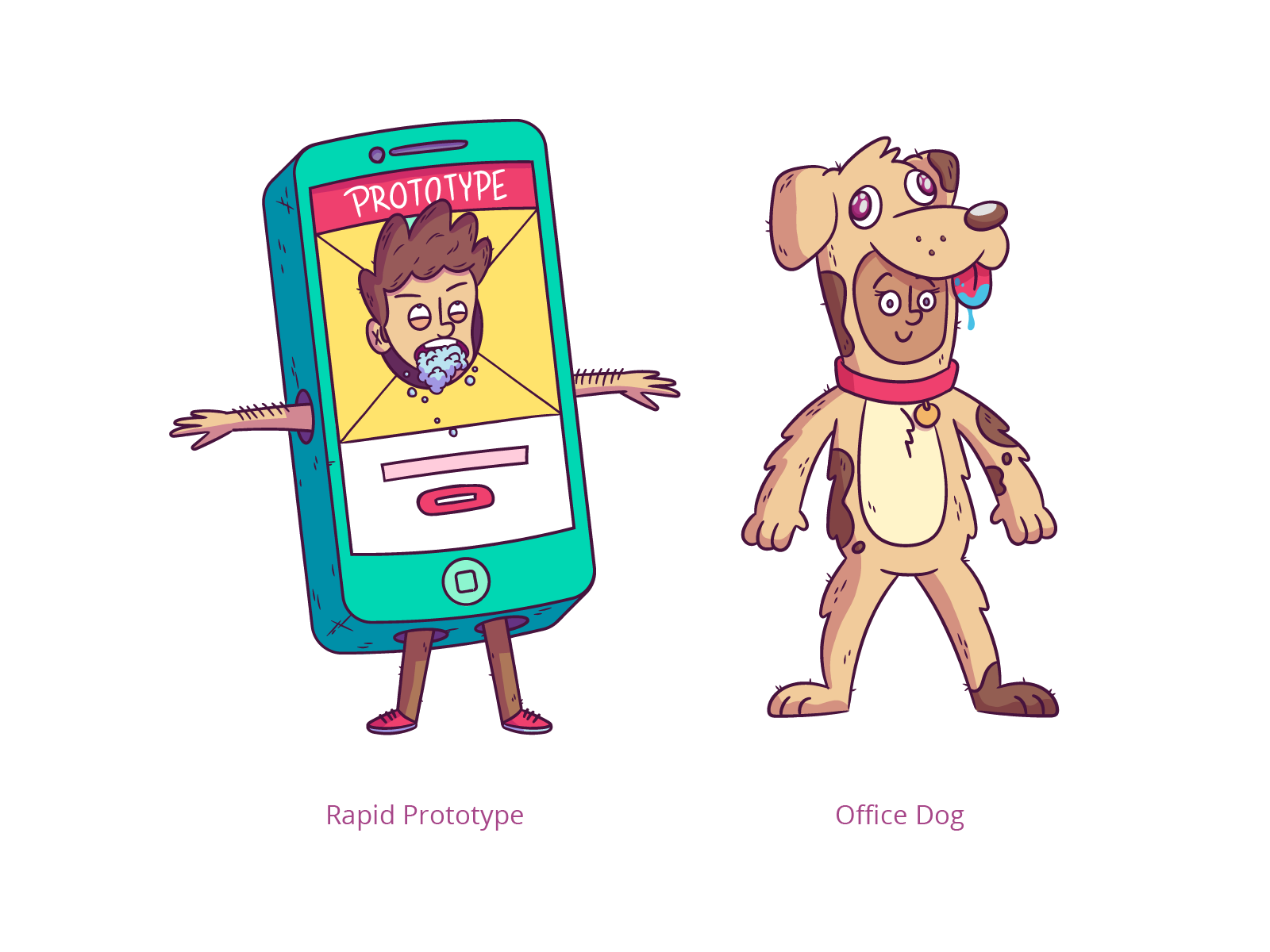