In the summer of 2018, we partnered with the marketing team at TrustRadius, a B2B SaaS company, to develop their brand's illustration style and create over 20 illustrations for three of their marketing sites. One of the most incredible aspects of the project was the fact we completed both the style discovery and illustrations in less than a month's time. Below you can learn more about TrustRadius and how we worked together on this incredible illustration sprint and best of all see some of the in-progress and finished pieces we created together. 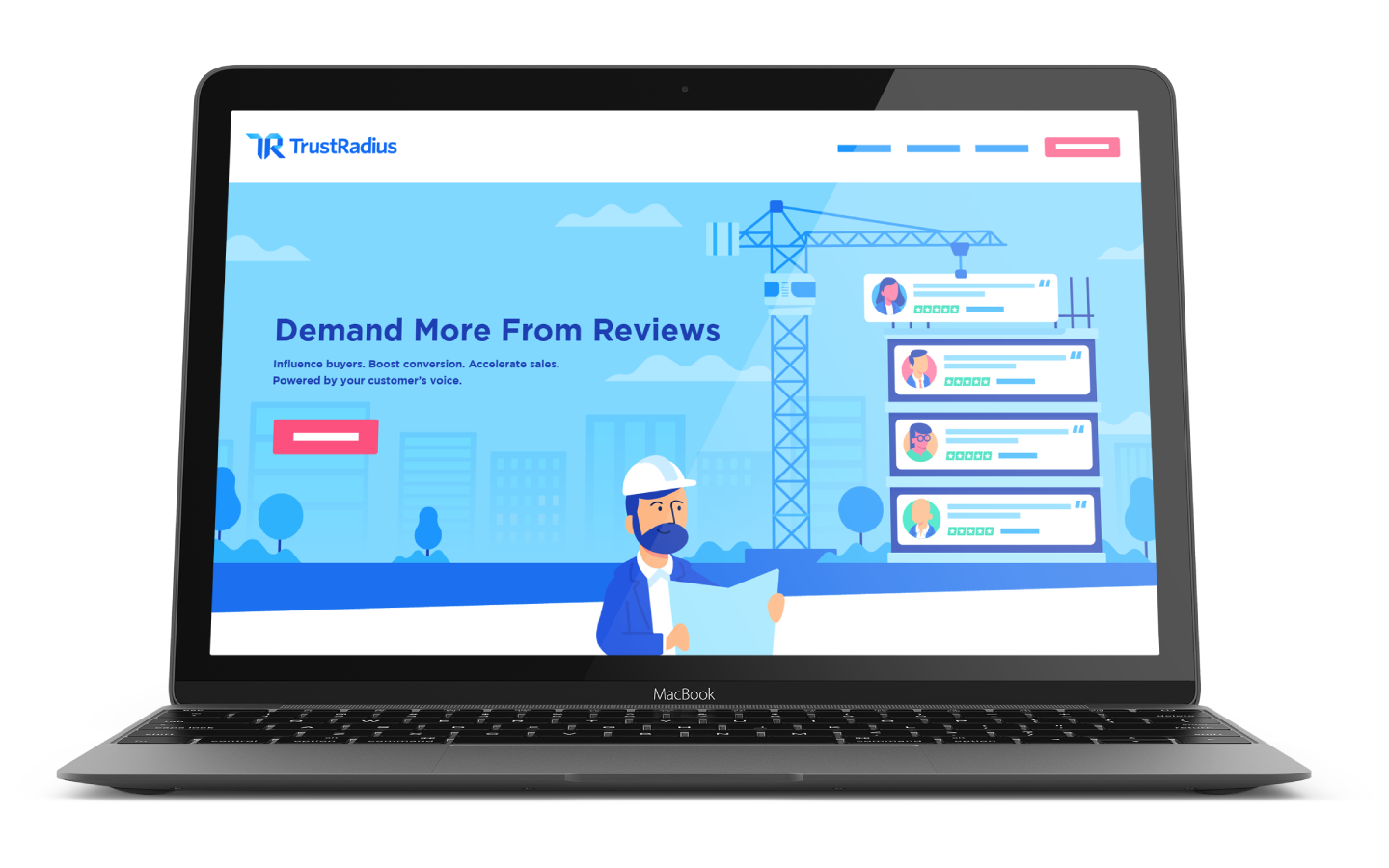 At the start of our project together, I had just begun offering a new service to my clients that I called Illustration Style Discovery. I developed their illustration style from scratch through a process of discovery, mood boards and workshops. With TrustRadius, we began the process by building a collection of illustration styles that we believed fit their current branding. We asked the client to share examples of illustrations/styles that resonated with them and their design team. We used those examples as a jumping-off point to create a few mood boards with options for us to look through and review.

Once we had samples from the marketing & design team, we built a collection of illustration styles and narrowed it down to three specific styles that we believed would work well with the client's brand. 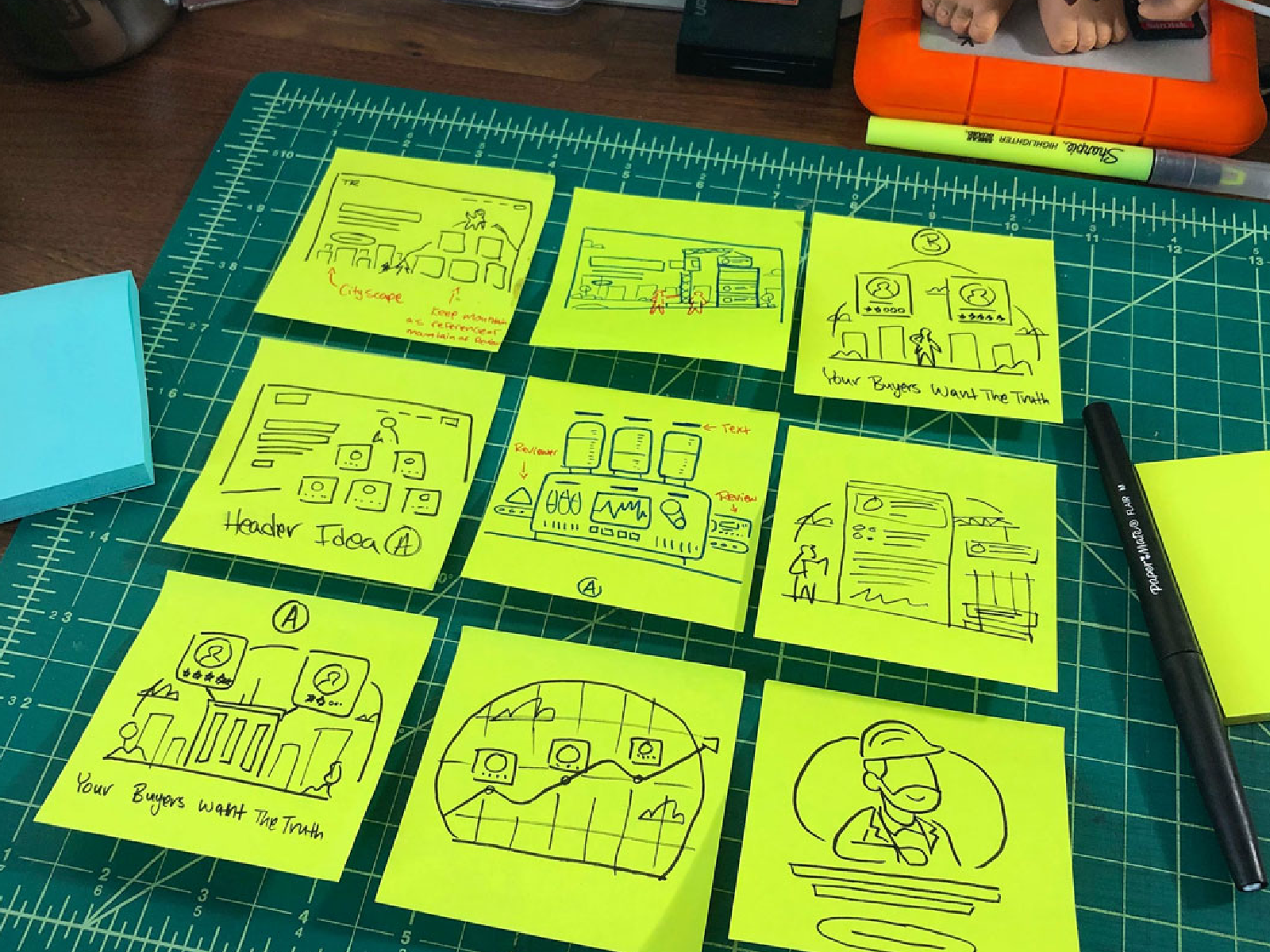 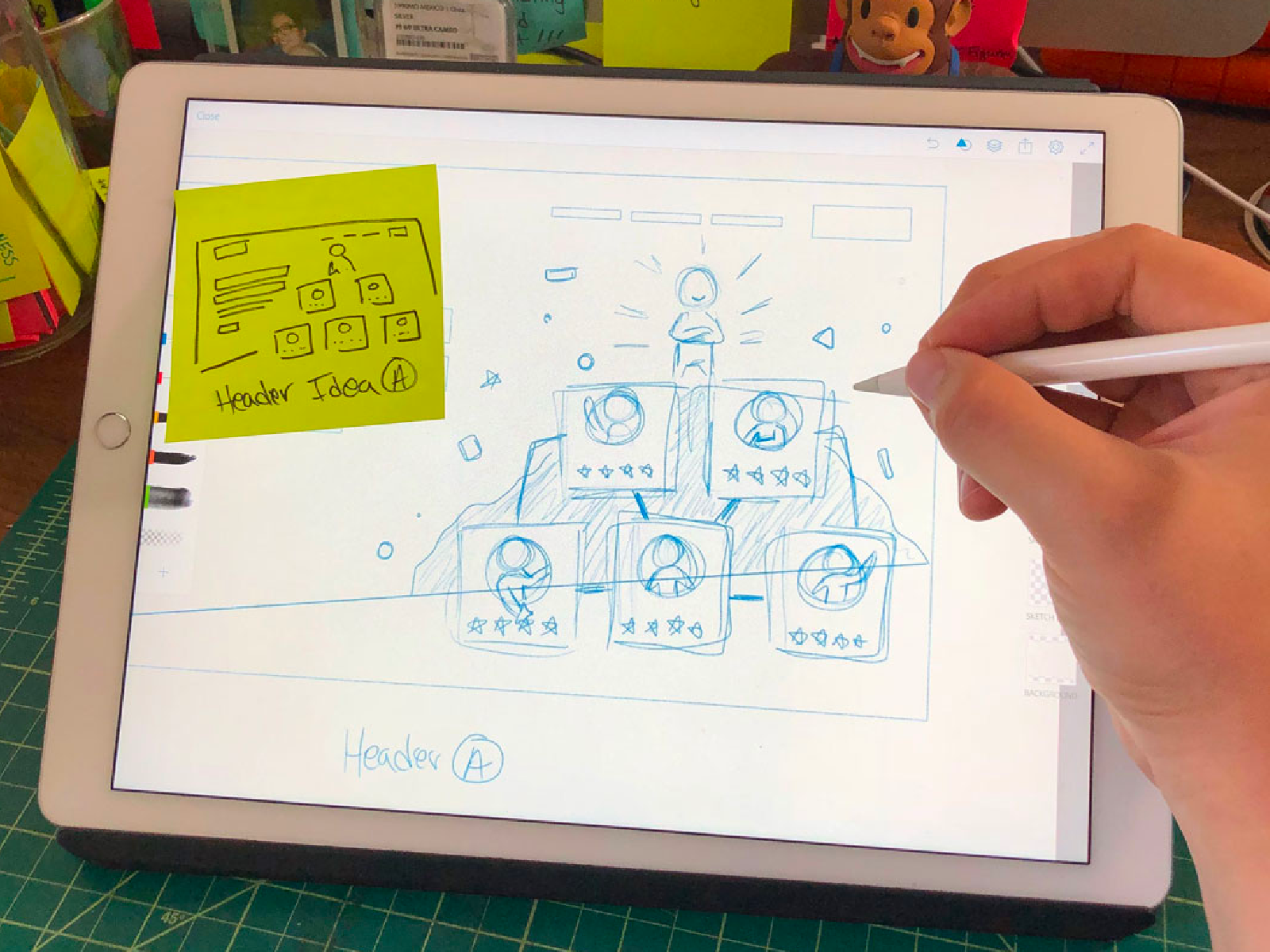 We began this process first by determining the compositions for the examples and the other illustrations we'd have to tackle after the Illustration Style Discovery was finished. During this stage, we didn't focus on any specifics in regards to style but instead focused on what would make up the composition. We first started with quick rough sketches on sticky notes — these were created live during calls directly with the client to make sure we were on the right track, without having to wait for them to review — and then followed by more detailed sketches done on the iPad Pro using Adobe Photoshop Sketch.

Upon finishing the sketches and having the client sign off on everything, we created the first examples of the new illustration style for TrustRadius. Instead of focusing first on the header illustration or any other the others, we decided first to focus on an element we'd use throughout all of the illustrations — people. We worked to figure out the best ways of crafting the characters that would be present throughout the illustrations, trying out a number of combinations based on the mood boards we created during discovery. Once we had the style for people in place we began working on the header illustration — which would end up being the catalyst for all of the other examples illustrations.

Once the example illustrations were all completed and approved, we jumped directly into production on creating the illustrations for each of their new landing pages. During the course of the sprint, we ended up creating over 50+ variations of illustrations — from alterations and revisions. It was a lot of work, but a lot of fun. 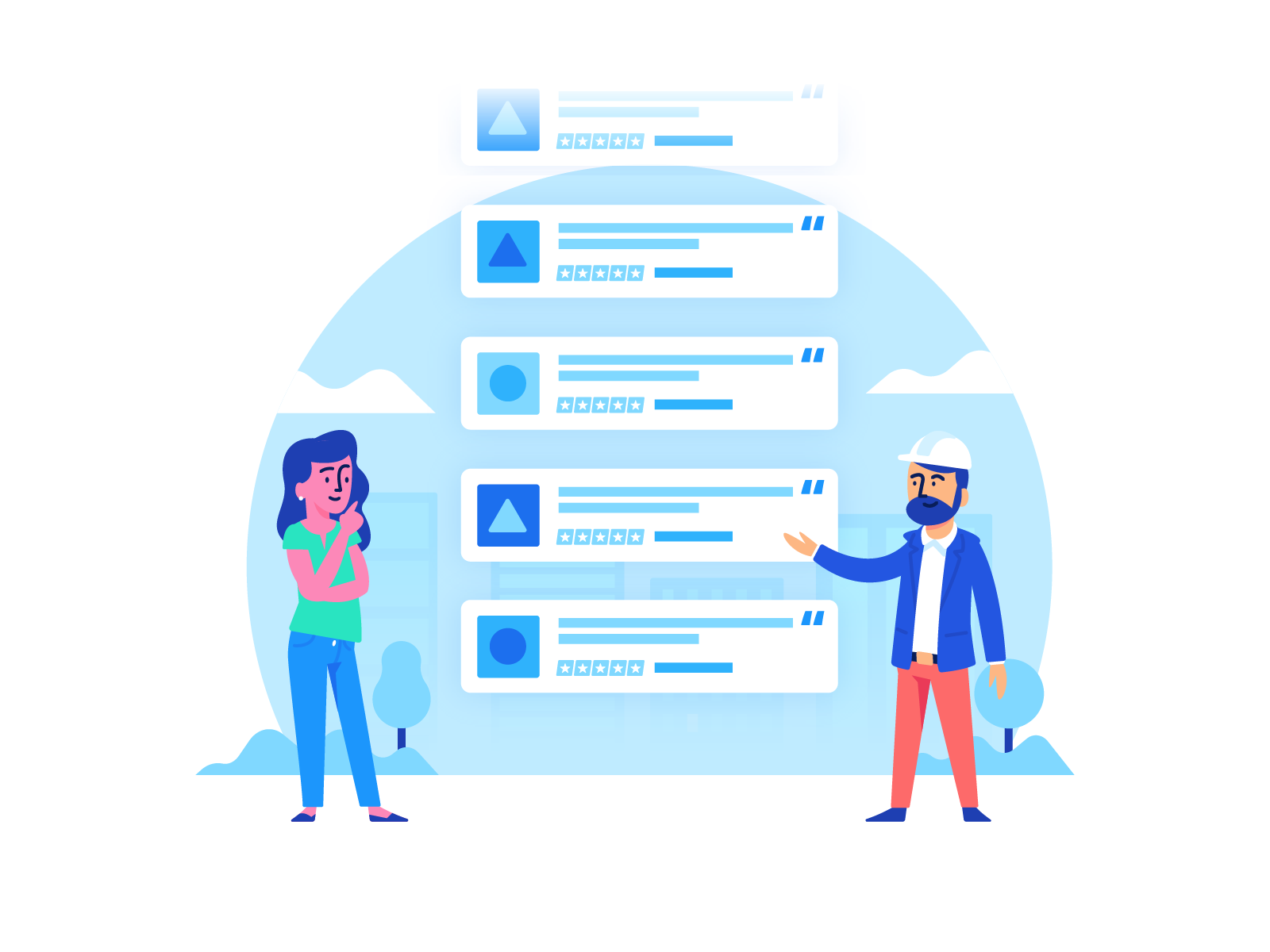 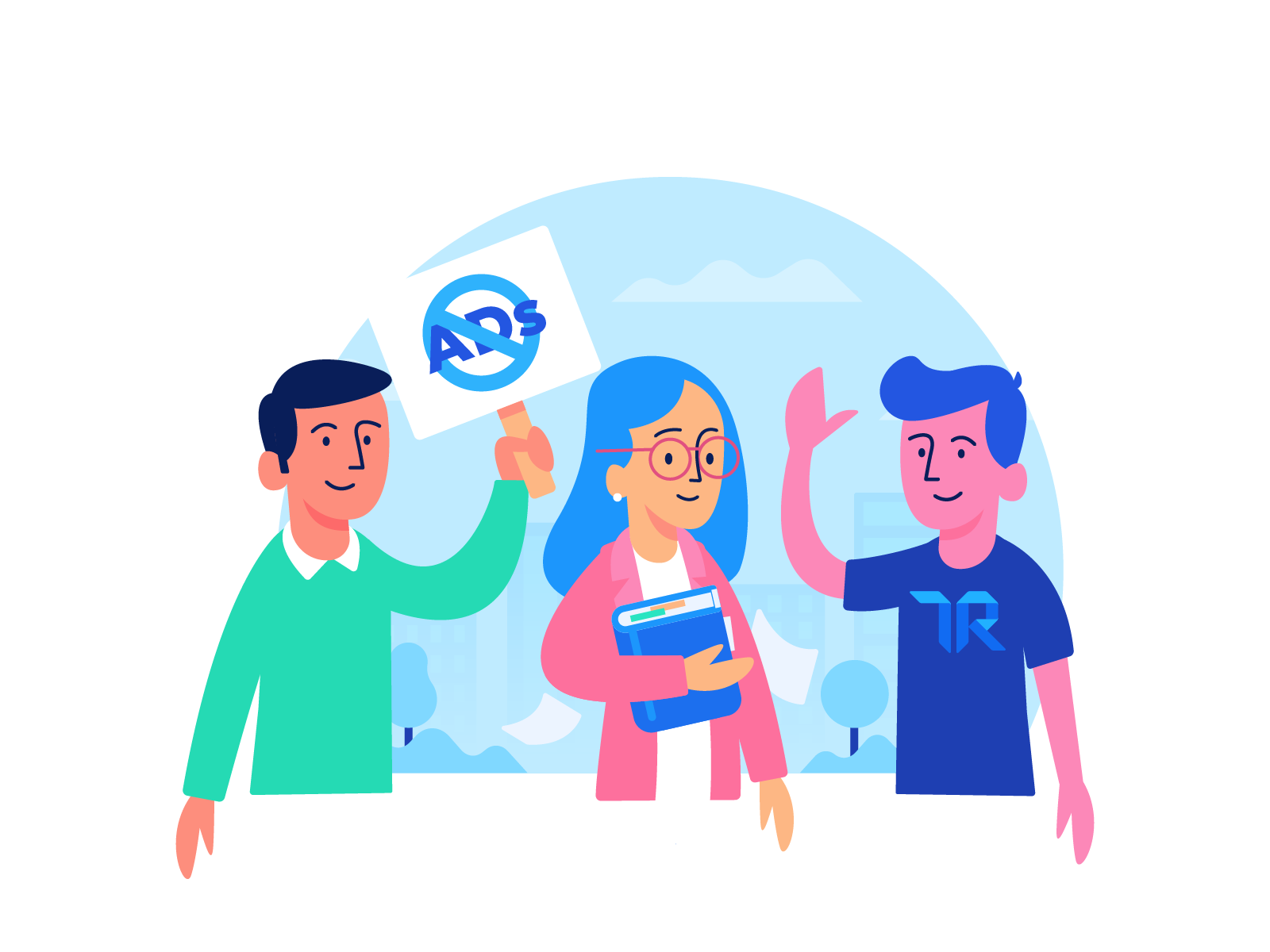 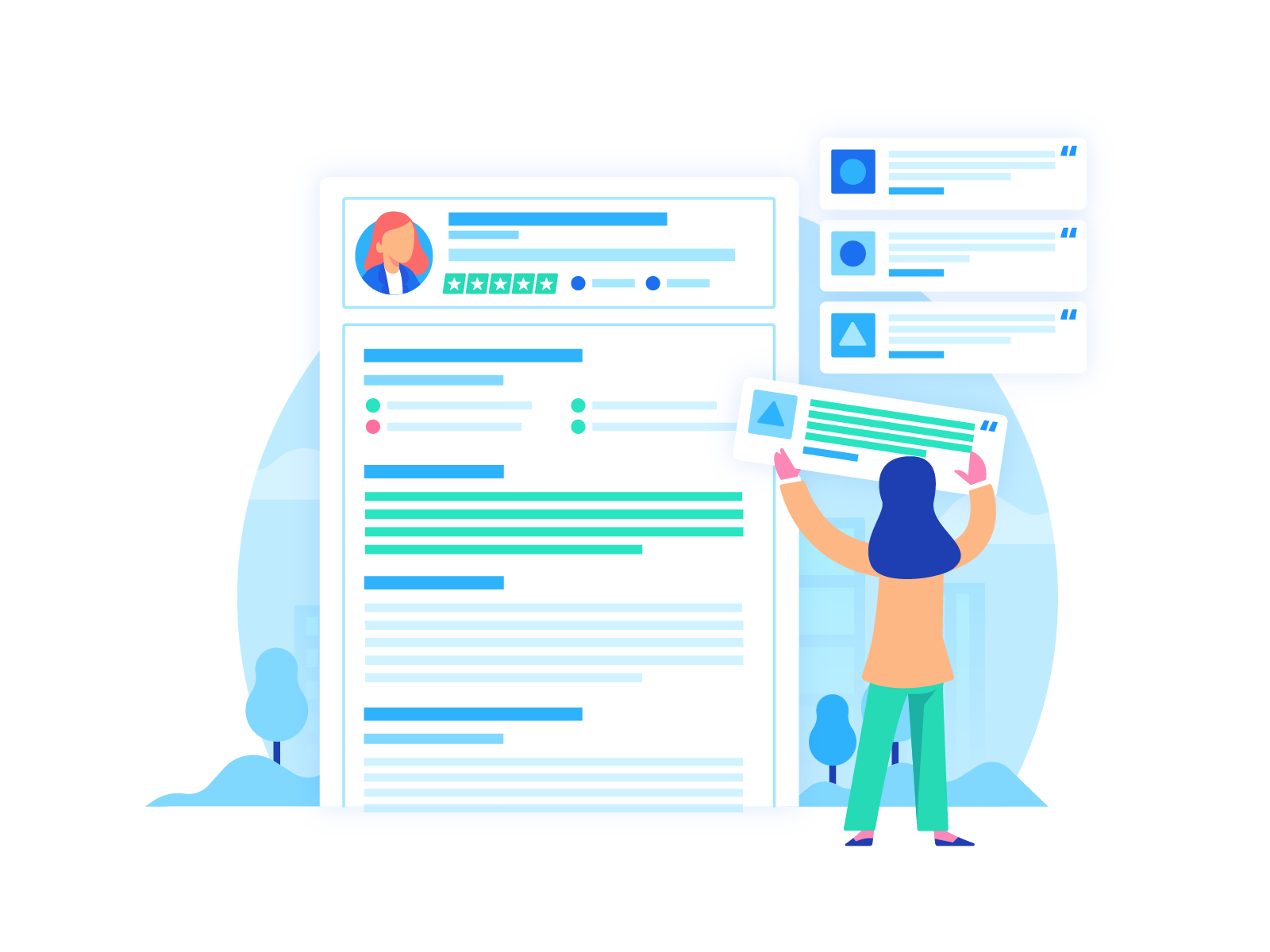 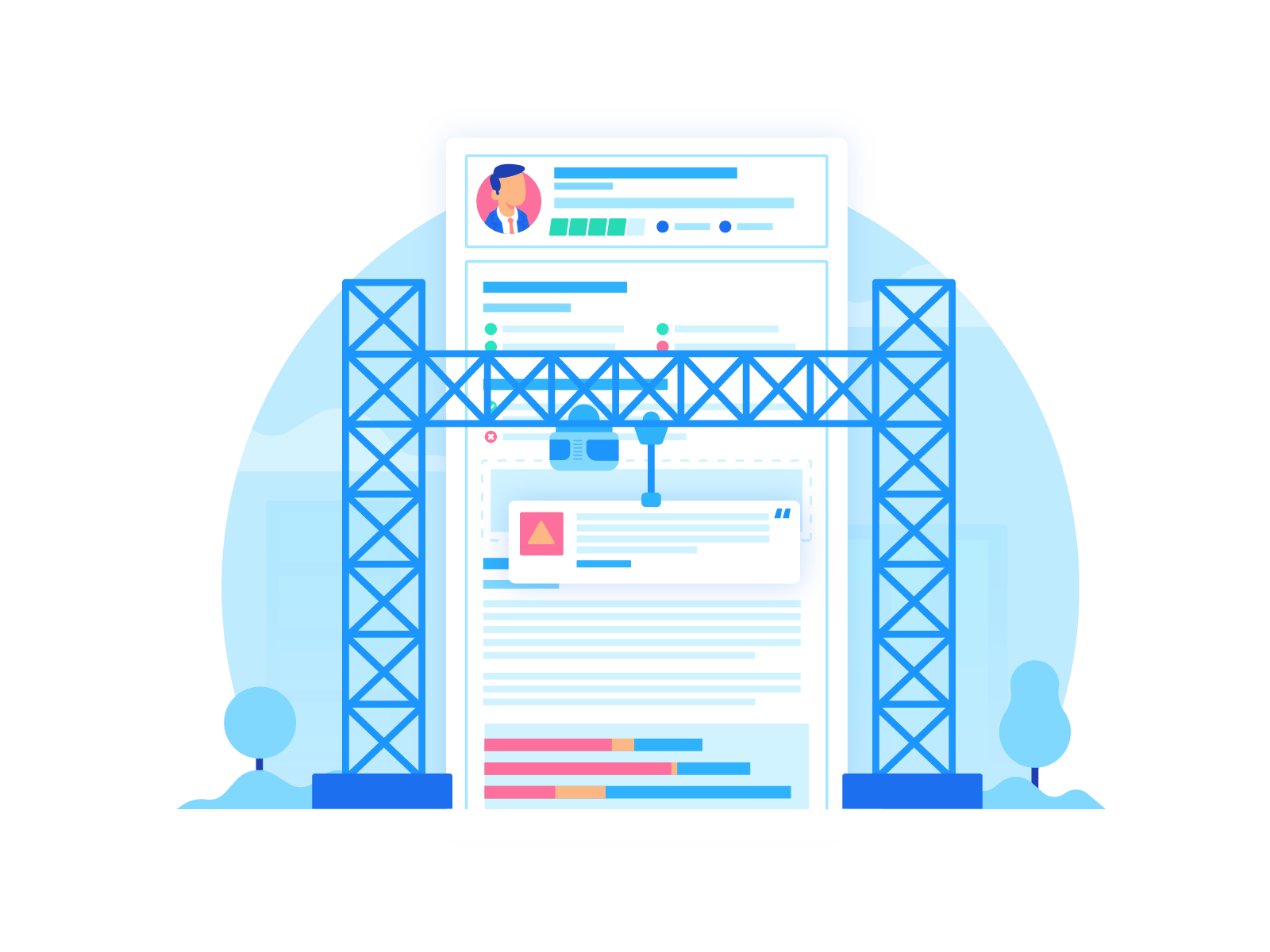 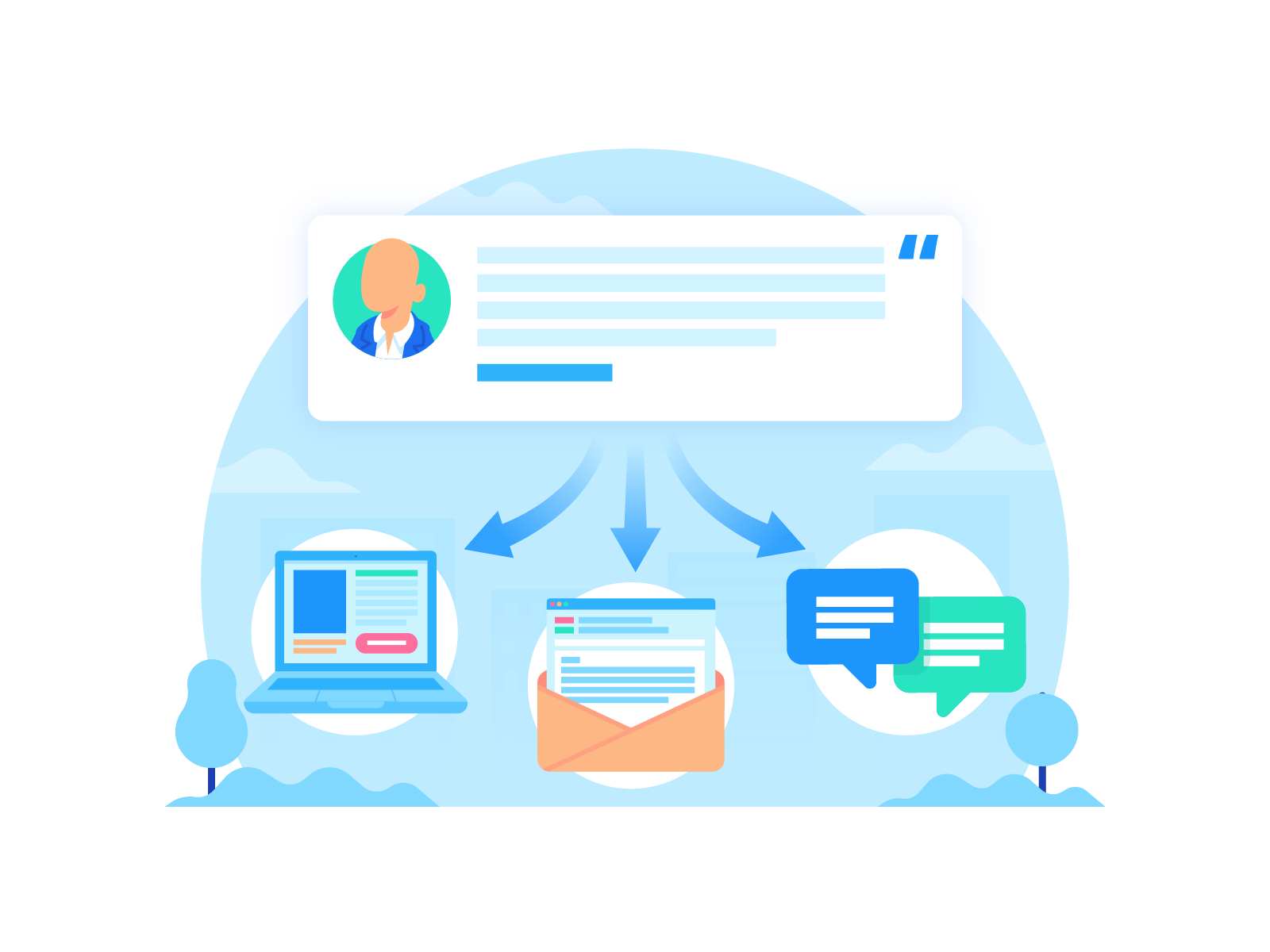 When everything was finished, we had not only developed the TrustRadius illustration style, but we were able to create all of the illustrations needed for three landing pages in time for their new site to be launched. From developing the concept of each illustration, to sketching them out, refining them, vectorizing and colorizing, we created roughly 20 illustrations in the span of two and a half weeks.

This project was a major milestone for a few different reasons. First, it allowed us to hone and develop a new service that we now offer to the majority of our clients, the Illustration Style Discovery — which I'm happy to say has become pretty popular. Second, we developed a strong partnership with the team we worked with on the project. Finally, third, it taught me a lot about communication and the best practices of doing so with a client, especially on such a short deadline. 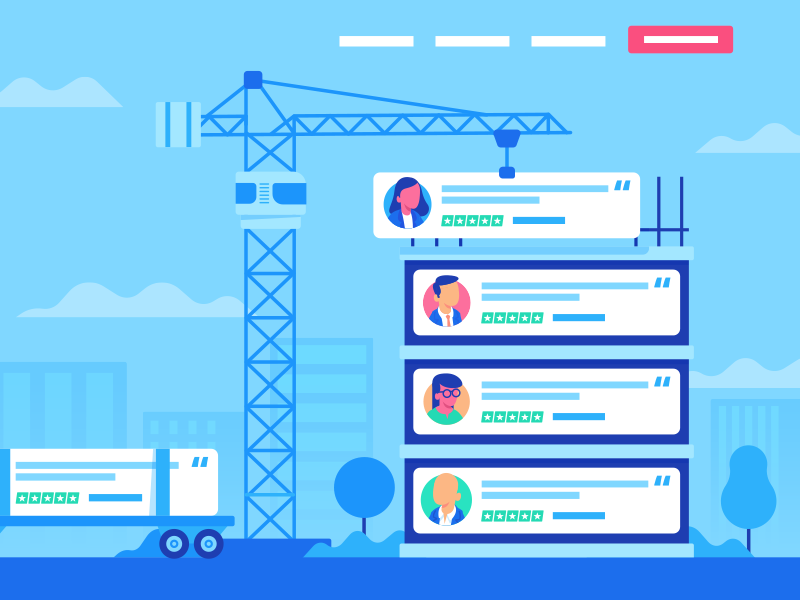 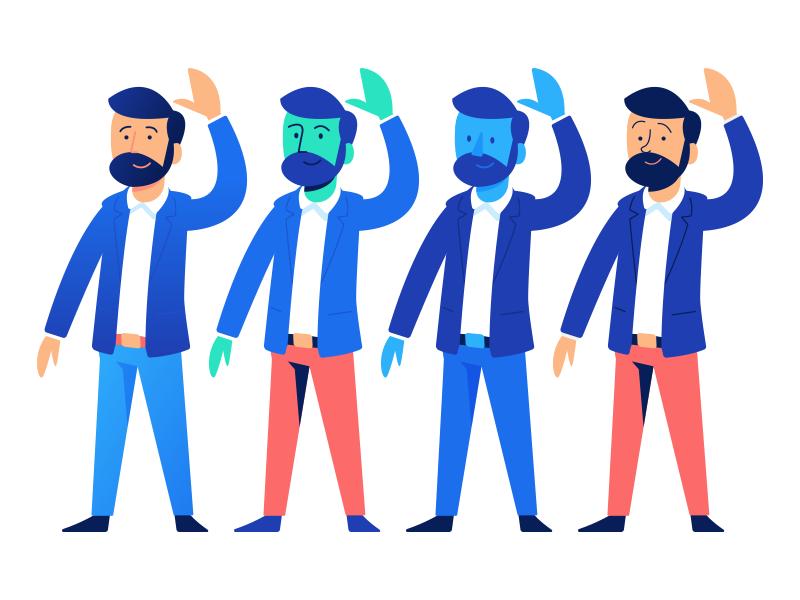